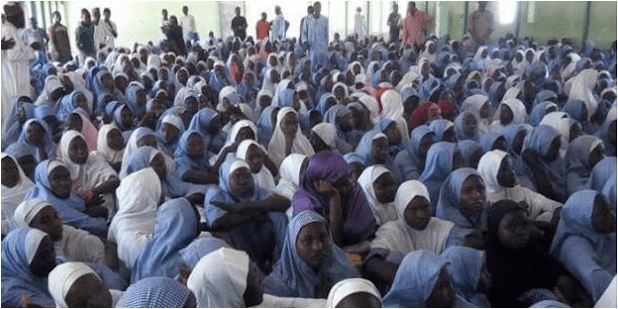 There is currently confusion in Yobe State as the state Governor Ibrahim Gaidam has cried out loud that none of the students of Government Girls Science Technical College, Dapchi, Yobe state, in captivity of suspected Boko Haram insurgents, has been rescued.

Also, contrary to earlier claims that some of the girls believed to have been abducted by members of the Boko Haram Monday night at the Government Girls Science Technical College (GGSTC) Dapchi, Yobe State, have been rescued, parents of the girls insist their daughters are still missing.

Speaking when he visited Dapchi, on Thursday, Governor Gaidam told family members of the students to keep praying that the girls should be found.

A parent whose two daughters are among those missing, Modu B Goniri, 45, a Personal Assistant to the Yobe State Commissioner of Works, denied that some of the girls were rescued.

Goniri was categorical that about 94 school girls are still missing.

His daughters, Aisha Modu, 18 and Falmata Modu, 17 both students of SSSII are among the missing.

“It’s not true that some girls were rescued. About 94 of the girls are still missing, including two of my daughters”, Modu said.

He denied that the Nigerian military rescued some girls. Modu equally denied that 48 of the girls turned up the following morning after the Boko Haram attacked the school.

“No one can actually say the whereabouts of the girls, they have disappeared completely without any trace,” Modu said.

He added that the Yobe State Governor, Ibrahim Geidam addressed distraught parents Thursday afternoon at the premises of the school but could not say the whereabouts of the girls or whether they were rescued.

Recall that Abdullahi Bego, spokesperson to Governor Geidam, in a statement Wednesday night, said troops have rescued some of the girls reportedly abducted by the Boko Haram.

Bego put the number of girls rescued in the operation at 50.

“The Yobe State Government hereby informs the public that some of the girls at Government Girls Science Technical College (GGSTC) whose school was attacked by Boko Haram terrorists last Monday have been rescued by gallant officers and men of the Nigerian Army from the terrorists who abducted them.

“The rescued girls are now in the custody of the   Nigerian Army,” the statement said.