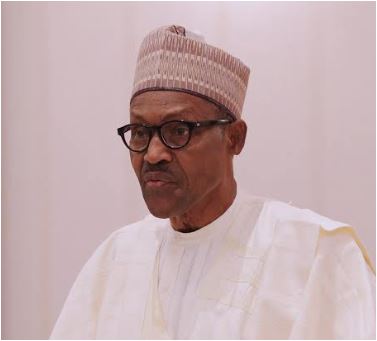 I had a thought-provoking, albeit unsettling, discussion with a chieftain of the All Progressives Congress (APC) in Abuja late last year after President Muhammadu Buhari returned from his 104-day medical trip to the United Kingdom.

There were signs that the president’s health which put the country on edge had improved considerably and the story started swirling that he will run for a second term.

It was a proposition that had not gained currency then, but I wanted to be sure. So, to this party chieftain, who should know, I posed the question. “Is it true that the APC is planning to give President Muhammadu Buhari a second term ticket?”

He riposted cryptically: “Shouldn’t the party? What alternative do you have?”

My response was simple. “Oga, the greatest tragedy to befall Nigeria is the belief that in a country of 180 million people, Buhari’s second term is a fait accompli because there is no alternative.”

It was a very awkward discussion. The idea, for me, was surreal. On my way back to my hotel room that night, the words of the APC chieftain concentrated my mind.

Do we really have an alternative to Buhari? If no, what does that portend for the country? But if yes, who are they?

What difference would it make if the alternative(s) are the same old faces, apostles of the status-quo?

But another thought came to my mind. Haven’t we been inundated with this no alternative cliché before? Was it not the same platitude mouthed by those who swore by General Sani Abacha’s name when he was plotting his transmutation agenda with the five political parties which the late Chief Bola Ige aptly described as five fingers of a leprous hand?

I recall how the no alternative prosaicism ruled the wave at the “2 Million Man March” organised by the Daniel Kanu-led Youth Earnestly Ask for Abacha (YEAA) in Abuja in March 1998. I recall how speaker after speaker mounted the podium to regale Nigerians with tales of the inevitability of Abacha’s transmutation and how Nigeria was doomed if he refused hearkening to the pleas of “well-meaning and patriotic Nigerians” to rule in perpetuity.

I remember walking straight to the first civilian governor of Imo State, Chief Sam Onunaka Mbakwe, as soon as he dismounted the dais on March 4, 1998, the second day of the rally, where he had lent his weighty voice to the charade, and asking him if he truly believed that Abacha was Nigeria’s messiah.

I remember the man Imolites fondly called Dee Sam, adjudged one of the best in his era, saying if Nigerians said they wanted Abacha as civilian president, who was he to say no?

I remember covering the defunct Grassroots Democratic Movement (GDM) convention in Maiduguri when Abacha’s one-man show of a transition hit the home stretch. Of the five political parties, GDM was the only one that organised a national convention to pick its presidential candidate.

Alhaji Muhammadu Dikko Yusufu, former Inspector General of Police, a Fulani blue-blood from Katsina, had vowed never to step down for Abacha even when the other contestant, Lagos lawyer Tunji Braithwaite, staged a walkout. It was a sultry Maiduguri night. Expectedly, trouble broke out at the convention ground at about 10 p.m. when the light went out. Abacha “won.”

I remember the same thing being said of President Olusegun Obasanjo by promoters of his third term ambition. We were told that he was the only one who could hold Nigeria together.

Ironically, when Abacha died suddenly and the Ken Nnamani-led Senate ensured that Obasanjo’s life presidency ambition was still-birthed, Nigeria did not atrophy. Those who threatened hara-kiri or self-exile should any of the projects fail moved on as if nothing happened.

But in President Buhari’s second term project, they have found a new totem.

To be clear, the president has the inalienable right to gun for a second term if he so wishes but he must run on his records not emotional blackmail and banalities. It is left for Nigerians to decide his fate at the ballot.

But to say that there is no alternative is not only a fallacy but an egregious insult to Nigerians.

On what peg will that claim hang? Is it that Nigeria is now a united country or the economy is now better than when Buhari came three years ago or that we are now more secure than before his presidency?

Unless, of course, our idea of the president Nigeria deserves in 2019 is someone who is clueless and incapable of the mental rigours that 21st century governance demands, someone who is aloof and whose idea of leadership is to enjoy the accoutrements of office without corresponding responsibility, a man adept at using state power in settling old scores. I stand to be corrected, no Nigerian leader can do better that President Buhari on these scores.

But if the president we need in 2019 is a man of ideas, a thinker and philosopher king, a man who will see the entire country as his constituency rather than stratifying the polity into a 97 per cent versus 5 per cent enclave, a leader who will elevate merit over nepotism, then there are alternatives.

One of such alternatives is Professor Kingsley Moghalu who threw his hat in the ring on Wednesday, February 28.

Born on May 7, 1963, Moghalu, who served as Central Bank of Nigeria deputy governor from 2009 to 2014, is a political economist, lawyer and a former United Nations diplomat.

A graduate of the London School of Economics, he also read law at the University of Nigeria Nsukka and became a professor of practice in international business and public policy at the Fletcher School of Law and Diplomacy at Tufts University in Massachusetts, U.S. after his stint at the CBN.

There is also a Fela Durotoye, a graduate of Computer Science with Masters Degree in Business Administration, Master of Philosophy degree (M.Phil) in Strategic Management and a graduate of the Kennedy School of Government at the prestigious Harvard University.

But the prospects of a Moghalu candidacy particularly fascinates me.

Founder of Sogato Strategies LLC, an emerging markets risk, strategy and macroeconomic advisory firm, and a Senior Adviser of the Official Monetary and Financial Institutions Forum (OMFIF), Moghalu in 2016 founded the Institute for Governance and Economic Transformation (IGET), a think tank focused on the achievement of inclusive economic growth and effective public policy in developing countries.

An interdisciplinary scholar and public intellectual, he is an author of several books including the widely acclaimed ‘Emerging Africa: How the Global Economy’s ‘Last’ Frontier Can Prosper and Matter.’

A frequent and sought-after speaker at global forums, Moghalu gave the 2014 Thomas Hodgkin Lecture at Oxford University, and has been a keynote speaker and panelist at the Federal Reserve Bank of the United States, the South African Reserve Bank, and Wharton School of the University of Pennsylvania, among others.

Former U.S. President, Barack Obama, who at 55 years, was well into his second term in office can’t even claim a more robust resume. So, no one can say Moghalu is too young to be president.

He has the leadership experience, intellectual stamina, international exposure and connection, strength of character and the energy and resolve that the office requires.

Am I not being naïve knowing what I know about politics in Nigeria to dream of a Moghalu Presidency?

But we die, literally, the day we stop dreaming. If Nigeria is to progress, there must be a shift in leadership paradigm. We don’t need messiahs. We need men who have the grit, intellect and emotional integrity to excel.

We must change the narrative by overhauling the defective leadership recruitment process with an alternative to a possible Buhari candidacy.