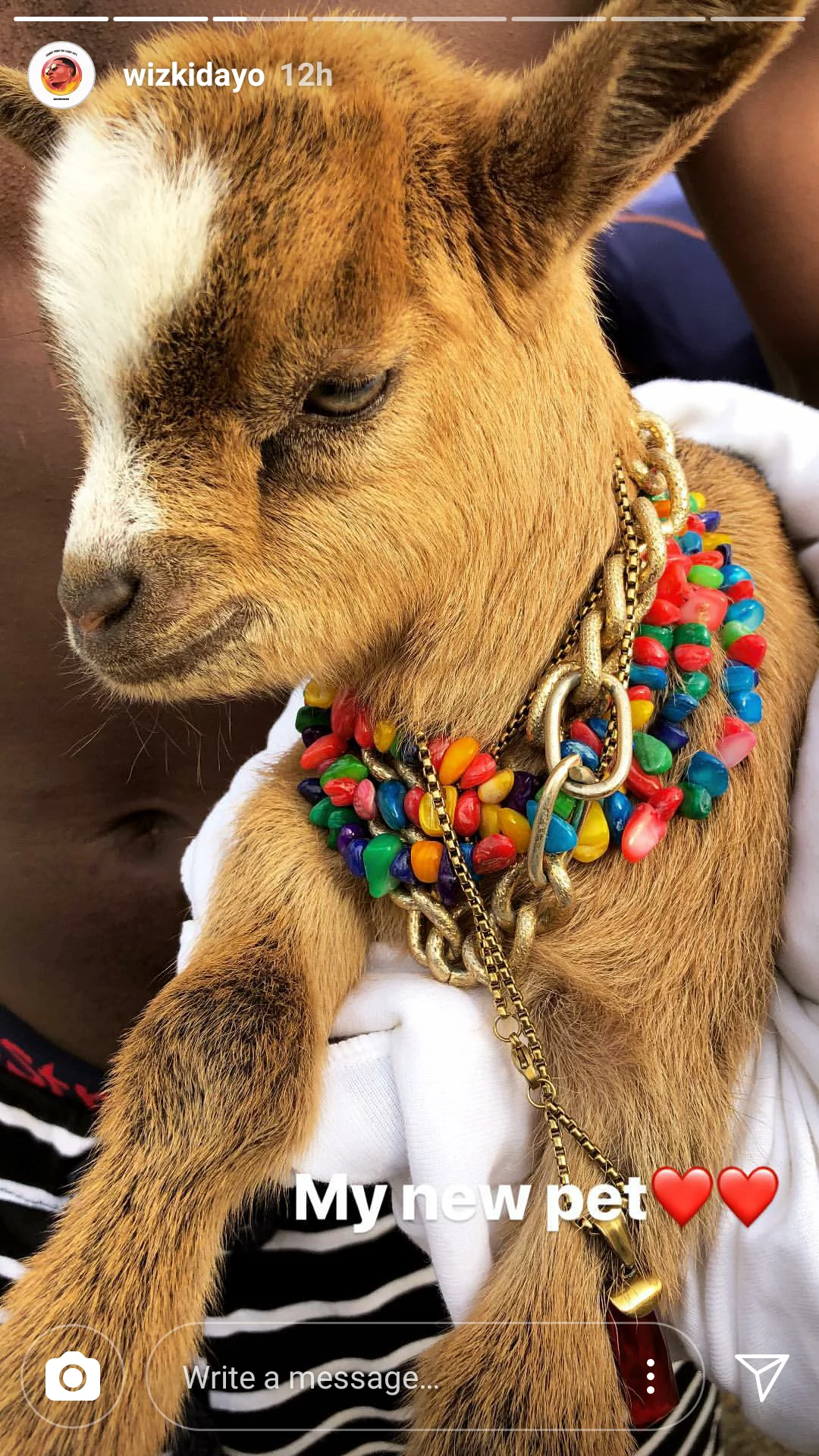 It’s different strokes for different folks when it comes to having a pet. Some prefer snakes, crocodiles, spiders, rats and scorpions while others are fine with having a dog or cat. There are also some who prefer monkeys, rams or even goats. One of such people is popular Nigerian musician Wizkid who took to social media to show off his new pet goat. He has also asked for help in naming the goat. 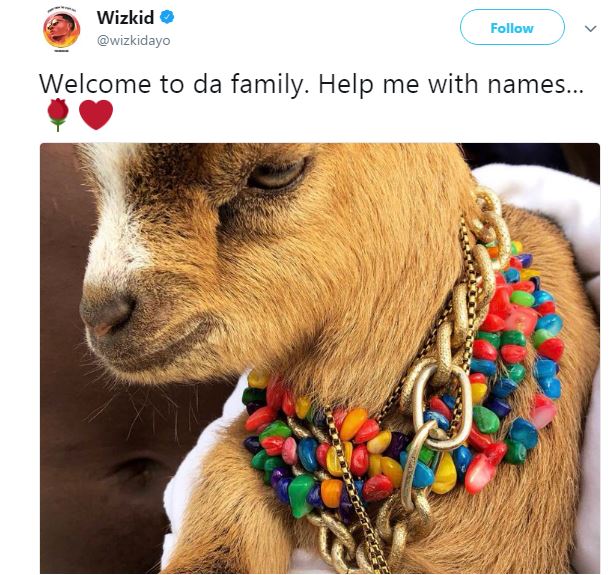 Many have responded to his new pet with more questions. They are asking what led to this decision. His new best friend Davido also reacted to his decision with a hilarious photo. 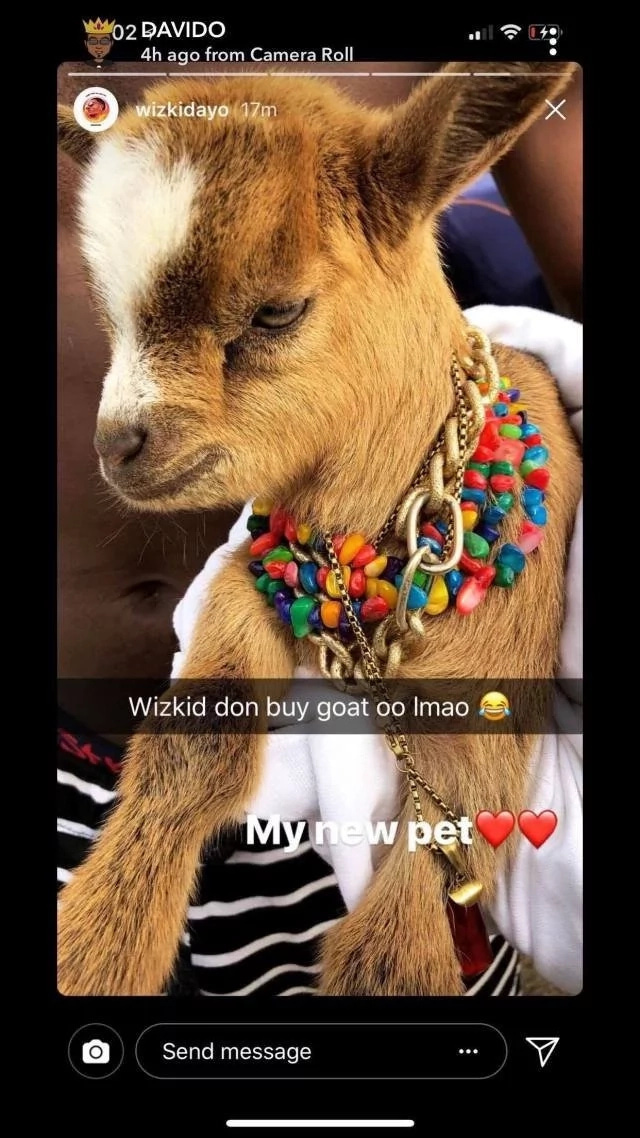 This is coming days after Nigerian-British actor John Boyega revealed that Wizkid’s hit song Daddy Yo has been included in his film Pacific Rim Uprising.