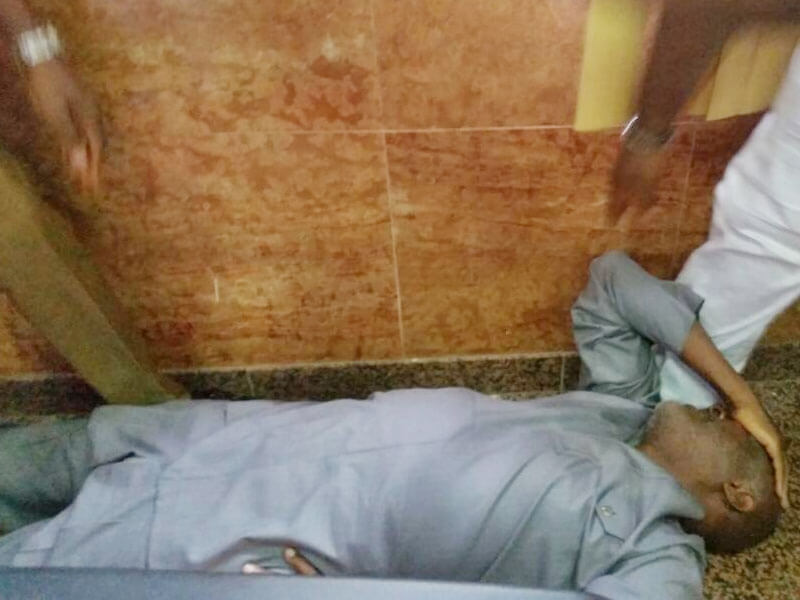 Former Publicity Secretary of the Peoples Democratic Party, Mr. Olisa Metuh, collapsed as he made he way to the dock at the Federal High Court Abuja on Monday.

Metuh, who is standing trial over allegations that he received N400 million from former  National Security Adviser Col. Ibrahim Dasuki, collapsed in the courtroom Monday morning when his case was called.

He is currently being attended to by medical officials.