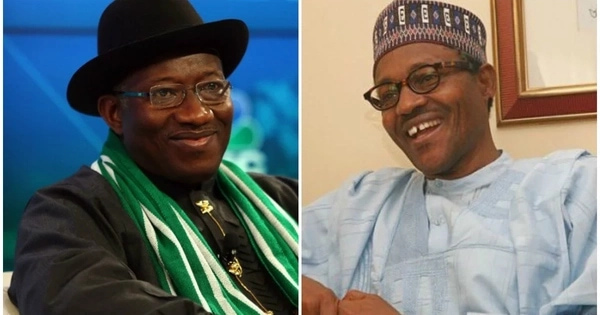 Goodluck Jonathan has expressed support for the recommendations of the APC’s restructuring committee, and called for them to be implemented

He also noted that most of the issues had already been discussed during the 2014 national conference; and stated that if implemented, they would move the nation forward

Former president Goodluck Jonathan has stated that the sincere implementation of the report of the restructuring committee of the All Progressives Congress (APC) will move Nigeria forward.

According to The Cable, the ex-president made his comments when a delegation led by the governor of Bayelsa state, Seriake Dickson, visited him on Thursday, February 1.

NAIJ.com gathers that Jonathan stated that during the 2014 national conference, most of the issues deliberated upon by the APC committee were addressed. However, he commended the ruling party’s committee for looking into the grey areas of the 2014 conference.

The ex-president stated that the implementation of the report would encourage peaceful co-existence among ethnic groups.

He also lauded Governor Dickson for coordinating the Ijaw nation on the issue of restructuring.

“Ethnic nationalities must not speak with discordant tones on such pertinent issues. I am pleased that Dickson is coordinating the Ijaw nation.

“I am also pleased that the APC set up a committee to look into the grey areas to come up with these recommendations.

“When we were in government, we came up with a confab and several issues were addressed which if sincerely implemented would encourage relationship in the country. A sincere implementation of the recommendations on these grey areas will make the country to move forward.”

On his part, the Bayelsa state governor stated that he had led the delegation to brief the former president on steps taken to unify the Ijaw people, as well as study the APC’s report.

He further registered his pleasure that some of the recommendations reached by the APC committee were the same reached during the 2014 national conference.

Dickson stated: “As you all can see, this is a high-powered delegation of Ijaw elders and leaders from all the zones from Ijaw nation.

“I am leading them to meet and consult with our respected leader, the former president and also to brief him on steps we are taking; steps we will continue to take to unify our people to build bridges of understanding and to support all that is right and good, not only in this region, but across the nation.

“As you are aware, there is a raging issue of restructuring and moves made to bring about a fairer, egalitarian, stable and prosperous Nigeria. And here, in this state and in this region, we are proud to have our leader, the former president.

“And so today, we came to brief him about the steps we are taking to study all the reports, including, the reports of the 2014 Confab which was rightly empanelled by Mr President and it is gratifying to note a number of the recommendations given by the APC panel are the same conclusions that the 2014 Confab arrived at.”

Meanwhile, NAIJ.com previously reported that the Peoples Democratic Party (PDP) dismissed the report of the APC on restructuring as a ruse and fresh attempt to beguile Nigerians with another round of lies, empty proposals and hollow promises, ahead of 2019 elections, just as it did in 2015.

PDP national publicity secretary, Kola Ologbondiyan, in a statement on Wednesday, January 31, said it amounts to outright depravity that the same APC leaders who at assumption of office, rejected restructuring will now suddenly turn around to pose as fathers of a restructured Nigeria simply because the 2019 general elections beckon.