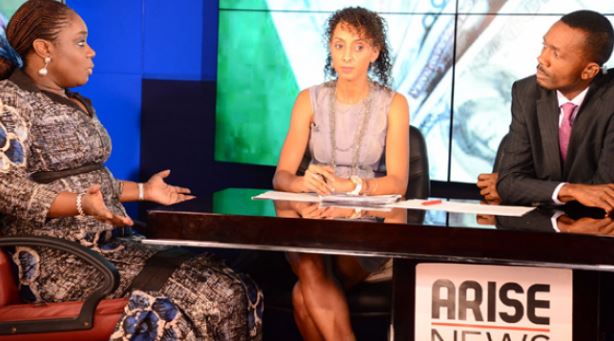 She said this while featuring on an Arise TV programme.

The minister also said the $5.5 billion loan which President Muhammadu Buhari is seeking to get the approval of the national assembly for, is made up of two components – refinancing of heritage debts to the tune of $3billion and new borrowing of $2.5 billion for the 2017 budget.

“Let me explain the $5.5 billion borrowing because there have been some misrepresentations in the media in the last few weeks. The first component of $2.5 billion, represents new external borrowing provided for in the 2017 Appropriation Act to part finance the deficit in that budget.

“The borrowing will enable the country to bridge the gap in the 2017 budget currently facing liquidity problem to finance some capital projects.

“For the second component, we are refinancing existing domestic debt with the US$3 billion external borrowing. This is purely a portfolio restructuring activity that will not result in any increase in the public debt.”

“Under this dispensation, we are not borrowing to pay salaries. If all we do is to pay salaries, we cannot grow the economy. This administration is also assiduously working to return Nigeria to a stable economic footing.

“In light of this, the government adopted an expansionary fiscal policy with an enlarged budget that will be funded in the short term, by borrowing.”

She said the $5.5 billion foreign borrowing was consistent with Nigeria’s debt management dtrategy, which main objective is to increase external financing with a view to rebalancing the public debt portfolio in favour of long-term external financing.

“Nigeria’s debt to GDP ratio is still within a reasonable threshold. This administration will continue to pursue a prudent debt strategy that is tied to gross capital formation. This will be attained by driving capital expenditure in our ailing infrastructure which will in turn, unlock productivity and create the much-needed jobs and growth.”