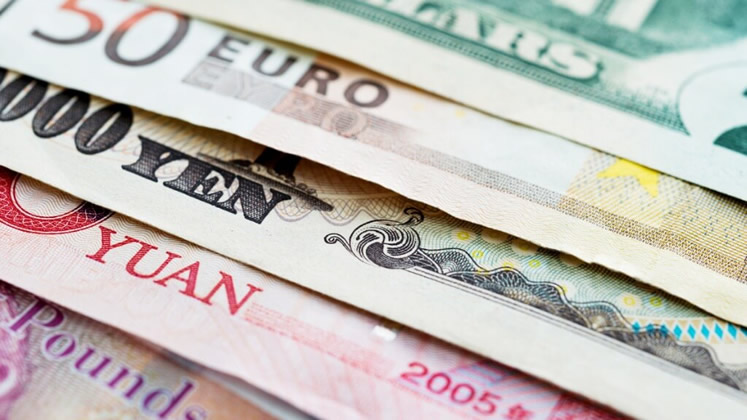 Remote work is a system where employees are allowed to perform their roles in organisations from locations other than corporate workspaces. Such locations could include employees’ homes, private offices or other shared spaces.

Remote work has been a practice for many years now. However, the 2020 global pandemic that rocked nations including Nigeria amplified the voice of this work culture.

The pandemic era threw many out of their jobs as various companies allowed their staff to work from home or other places.

COVID-19 has had social and economic implications, both positive and negative.

It has ruined several economies and exposed the incompetence of economic managers across nations. The World Economic Outlook noted that Nigeria’s GDP hit an all-time low with a decline of -6 per cent. The unemployment rate in the second quarter of 2020 was also at 27 per cent, according to the Nigerian Bureau of Statistics.

This later grew to 33.3 per cent in the fourth quarter of the same period, the NBS said.

Interestingly, since COVID, there seems to be a surge in demand for skilled human resources globally. And Nigeria boasts of the largest population of youth in the world, with a median age of 18.1 years, statistics say. This translates to an asset of human capital, with about 70 per cent of the population under 30, and 42 per cent under the age of 15.

These remote foreign roles have served as hedges in the face of Nigeria’s constant naira devaluation, local job insecurity and inflation pressures because employees earn in dollars. As more doors open for remote work with overseas-based companies, more Nigerians are grasping these opportunities with both hands to secure their financial future in the long term.

Tobi Amure, a 28-year-old crypto news writer for Investopedia and other Defi companies, is one of the many Nigerians who are enjoying the benefits of working for foreign companies from the confines of their homes.

Narrating his remote work experience which started in 2019 on Upwork,( a freelance app for employers and employees), Amure explained that all it took was an application and within one month he was drafted into the army of remote working.

“It didn’t take so long anyways via Upwork. I  think about a month or so after I set it up.”

Speaking on the work culture in the overseas-based company, Amure described it as “quite chilled.”

“My editor sends work via mail, and sometimes we have maybe a zoom meeting just to explain some things. There’s respect, nobody’s stepping on anybody’s toes and you have a deadline to meet and you meet it. So, there’s no pressure. It’s quite true.”

According to the 28-year-old SEO writer, his freelancing role with the company has earned a monthly average of $2000.

“Though it’s a freelance role, technically, the amount ranges from $1,000, to $3,000, depending on how much work I can get done. The good thing is that I reside in Nigeria, Lagos to be precise, and I am 28 years old.”

Amure disclosed that despite his energised earning power, he still had plans to relocate from Nigeria for a better life.

“Obviously, the thing about this is that I am looking to have a career in digital marketing and it will make sense to live abroad because some of these companies do not want to work with Nigerians based in Nigeria. Then there’s the issue of insecurity too.”

Twenty-five-year-old Janet John, a technical writer and content marketer for a foreign company,  narrated her experience with getting into her current role in Uyo.

“I used to code. I was doing front-end and while learning, I used to write articles on what I have learned to help me to better understand what I’m doing. That’s how I started technical writing. So, at one point, someone reached out to me that they liked what I wrote and would like me to write for them.

“It was a technical article on one of the front-end tools. And, they were going to pay me $200. So, I accepted and I wrote it and they liked it.

And that’s how I started technical writing. So I will build something, then I’ll write about.”

Her consistent efforts and applications landed her writing gigs and opportunities with tech blogs such as Smashing Magazine, which pay between $200 and $500 for writing.

Janet is writing for other platforms too. “I was making money, but I still had a normal Nigerian day job. I was making more than my salary.

Bases in Ilorin, Sanni Alausa, a resume reviewer for a foreign company, has also landed some  remote jobs.

According to him, the majority of his work was focused on the American and Canadian markets.

“Most of the clients that I review their resumes for are in the United States or in Canada.”

Alausa revealed that his friends played a huge role in influencing his path and access to remote work companies. He recalled that his foray into remote job started in late June 2021 when he applied for several jobs on Upwork.

Ever since, his life and skills have appreciated in monetary terms, he said.

Talking about the amplifying effect of social media platforms in fostering access to opportunities and foreign job communities, Alausa said, “You find like-minded people in the same industry.”

He, unlike many Nigerians, admitted that he was not a fan of relocation, “I probably might change my mind later. But for now, I see many opportunities.”

As the global job market expands to Africa, experts have said that the remote work culture had continued to gain momentum in Nigeria, particularly due to the country’s woes.

“First, there is the value of the naira and the cost of living. Earning foreign exchange will offer an advantage. Then, there is a massive talent export as Nigerians are known for skills, dexterity, and tenacity. For these companies, offshoring to Nigeria subsidises the cost of their operations without the statutory burden on hiring in-country employees or formalising operations.”

According to Esan, the inflow would enhance access for Nigerians to meet their needs, meaning some stimulation for an economy trying to bounce back from the effects of the pandemic.

She further noted that Nigerian employers would struggle to fill vacancies from an already shrinking pool.

“Salaries will increase as a means of attraction. However, for employers still grappling with the harsh operating environment, it puts more pressure on resources, making the likelihood of default on loans or other obligations higher.

“I also feel it impacts commitment and loyalty as local jobs are treated as insurance while the hustle to find a foreign job continues in earnest. That said, it offers a chance for foreign exposure which is fast becoming a preference for jobs in some sectors.”

The expert said that higher purchasing power and financial stability were not the only triggers for relocation. She said it was also a function of adventure outside the shores of Nigeria.

“Stats also show remittances of Nigerians from abroad have had a positive impact on sectors such as tourism and real estate.”

However, Esan pointed out the downsides of remote work such as chronic illnesses as a consequence of time zones.

“You have people essentially working two full-time jobs or not getting enough sleep to meet their obligations.  Some of these roles, while they appear to pay well, especially after conversion, are still at minimum wage level and so fail to deliver the satisfaction and elation from career progression over time.”

Esan added that there was also the missing long-term value for the society as the firms do not pay local taxes.

“Taxes are crucial to providing infrastructure and social protection. I am not sure our current self-assessment infrastructure is able to accurately determine and collect the commensurate PAYE from employees with remote employers.”

The Head, Transactionary Advisory Services, West Africa, Bisi Sanda, also observed the concept of the future of work as a discussion of variables.

“Between now and 2035, about 20 to 30 per cent of the work we know today will disappear and they will be replaced by some new set of work.”

According to Sanda the change in the concept of work was largely driven by the fundamental changes in technology, and remote working was not a new phenomenon.

‘Remote working has always been in place. And you have quite a number of workers that work from virtually anywhere in the world.”

Sanda emphasised that the remote work culture, especially in Nigeria, would only jeopardise the hiring process for employers based on research.

“Employers have concerns around productivity, but workers are saying, ‘let us measure it objectively.’ They say they have put in a lot more than when they were working at physically assigned locations.”

In addition, Sanda related that for over two decades, Fortune 500 companies, which listed on the New York stock exchange, had its call centers in India.

He advised that the Nigerian government to put structures in place to leverage the remote employment opportunity.

“For example in a nation with good leaders, you ought to have a labour supply of about 25 years ahead. What that means is that as we are now in 2022, you will have it documented. What is the requirement? What is the labour requirement for the Nigerian economy by 2047?”

Addressing the reasons for the high demand in the work population from companies abroad, Partner and Chief Economist, PricewaterhouseCoopers, Andrew Nevin, said the working age population in Europe was decreasing, creating the need for knowledge workers who could perform high value jobs.

“The net provides tremendous opportunities for all of Sub-Saharan Africa, but particularly for Nigeria where there’s such a well-educated labour force and workforce, and young people can. We can invest more in them and continue to grow our impact on these high-value jobs.

“We have two million young Nigerians earning foreign exchange, doing brain capital type work in the next seven to 10 years. Those people remain in Nigeria. So those two million workers, by bringing in this foreign exchange to solve our FX challenges, will have a massive ripple effect throughout the whole economy in every sector, particularly on real estate, hospitality, education and health.”

Quote: “There is a massive talent export as Nigerians are known for skills, dexterity, and tenacity. For these companies, offshoring to Nigeria subsidises the cost of their operations without a statutory burden on hiring in-country employees or formalising operations”