The 19-year wait for MKO Abiola’s successor as aare ona kakanfo of Yorubaland has ended, and no matter whose ox may be gored, Gani Adams, national coordinator of the Oodua Peoples Congress (OPC), is the chosen one.

Abiola, the widely adjudged winner of the 1993 presidential election, was the last person to bear the revered title.

Explaining the rationale behind his decision and the long wait before making the appointment, Lamidi Adeyemi, the alaafin of Oyo, on Monday said Adams was selected for his contributions to the promotion of the Yoruba culture.

According to the monarch, the new generalissimo of Yorubaland possesses “three virtues” important to the Yoruba.

“The position of Are ona kakanfo in Yoruba history makes it mandatory for us to hasten slowly, and that is what we have done. Manliness, courage, and patriotic zeal (not political ambition or opportunism), were three virtues respected in Yorubaland, even during the Yoruba warfare in the 19th century,” he said.

Born on April 30, 1970, at Arigidi-Akoko, the present Akoko north-west local government area of Ondo state, Adams started his education at the Army Children’s School, Oturkpo before his father moved to Lagos, where he completed his primary education at Municipal Primary School, Surulere, in 1980.

He attended Ansar-Ud-deen Secondary School, Randle Avenue, Surulere and later went to train in furniture-making and interior decoration, which he completed in 1987. Upon completion, he was employed by an Italian construction company, Visinoni Stabilini, Apapa, Lagos. He later resigned to start his own business.

Adams was a part of the pro-democracy movement in the 90s, as he served as the public relations officer of Mushin local government chapter of the Campaign for Democracy (CD) in 1993.

Perhaps, to hush critics who tagged him an illiterate, Adams obtained diplomas at the International Aviation School, Ghana, and the Lagos State University, Nigeria.

The selection of Adams as aare ona kakanfo has raised not a few eyebrows.

Because of his murky past and role in the reportedly violent OPC operations in the south-west, Adams’ critics say he lacks the refinement and pedigree to man the title.

In 2000, under ex-President Olusegun Obasanjo, Adams was declared wanted by the police authorities for the alleged murder of Afolabi Amao, a divisional police officer at the Bariga police station in Lagos.

He was also accused of being behind the series of attacks carried out by members of the OPC in Lagos and other parts of the south-west. A year after he was declared wanted, Adams was arrested, paraded like a criminal, and held in prisons. 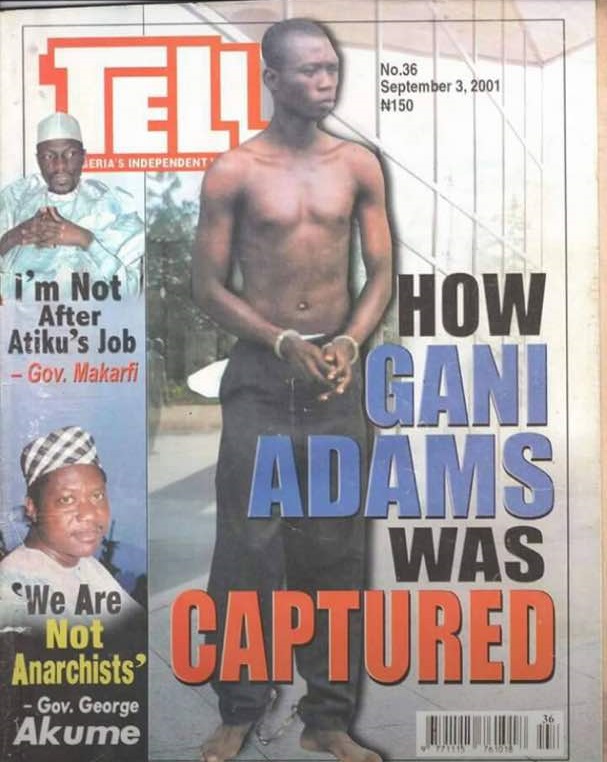 When Adams was an outlaw…

Likening his imprisonment to that of Nelson Mandela and Obafemi Awolowo, who were both political prisoners, Adams in 2015 said his offence was fighting for the interest of the Yoruba.

Adams said his arrest and subsequent treatment by the police during the Obasanjo administration brought him to stardom.

“I thank the then Lagos state commissioner of police, Mike Okiro, for declaring me wanted and subsequent arrest, because it turned out to be a blessing for me,” he had said.

Since his selection to fill the role once occupied by a giant of Yorubaland, a great deal of criticism has come the way of the alaafin of Oyo, and of course, the man in the spotlight.

The title of aare kakanfo, according to opponents of Adams’ selection, has lost its relevance as a result of the development.

“Adams is not in the class of Aare ona kakanfo that we knew from the past history of Oyo,” said Adebayo Tijani, a Facebook user, while commenting on the post of Kayode Ogundamisi, a former secretary of the OPC.

“How come, thugs can now lead Yoruba race?” he asked.

Tiamiyu Bello, another Facebook user, says the naming of Adams as the new generalissimo of Yorubaland demeans the essence of it. “The title automatically loses its meaning and importance if people like Gani Adams are given,” he wrote.

Ogundamisi explained that although people may not always agree with the political stand of Adams, the OPC leader has been consistent in his service to the Yoruba nation.

“Gani has consistently promoted Yoruba culture and values, topmost being the Olokun festival,” he said.

According to Ogundamisi, the OPC leader is eminently qualified for the role of aare kakanfo. 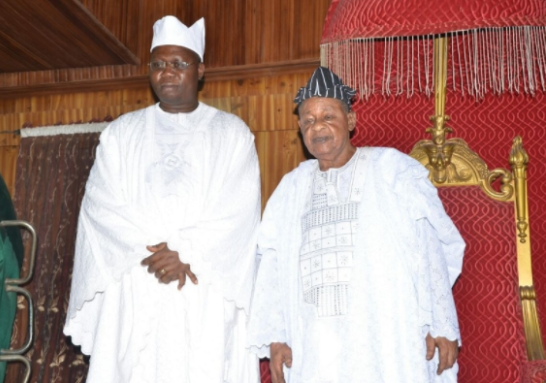 Gani Adams and alaafin of Oyo

The title, aare ona kakanfo, was introduced in the ancient Oyo empire, and its holders served as the empire’s minister for defence. The aare ona kakanfo is historically charged with protecting the empire from attacks and leading its army.

Previous holders of the title have died in mysterious ways, and this has formed the myth that no aare ‘dies peacefully,’ and over the years, seemingly qualified candidates appeared to have steered clear of being selected.

“It is a war that kills a warrior,” Adigun Olosun, a high priest of Yoruba traditional religion, told TheCable. “Aares are picked because of their bravery, and they like to die as brave men,” he added.

Aare Kurumi, alongside his five sons, died when, in the middle of the night, Ibadan special forces attacked his brigade in Iseyin.

When Aare Latoosa was confronted by a palace coup, he committed suicide. Aare Afonja who sought the help of Alimi, a Fulani priest, was later killed during an insurrection against him.

Akintola and Abiola, the last two aares, although not frontline warriors, were also killed under violent circumstances. During the 1966 coup, soldiers invaded Akintola’s house and he was shot dead. Abiola would die in prison after he had been denied a presidency he was believed to have won with popular votes.

As Adams assumes the role of aare ona kakanfo, the fate that befell his predecessors would surely be a thought to ponder.