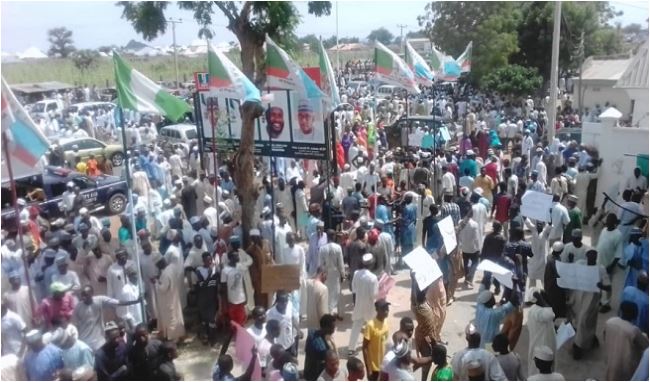 The demonstration which took off from NNPC depot through the Sokoto road and then terminated at the state Secretariat of the party  had some commissioners, women groups and other top party executive members.

The party members were carrying placards with many anti-Oshiomole inscriptions staged the protest to register their anger over the way the national chairman of the party handled its affairs.