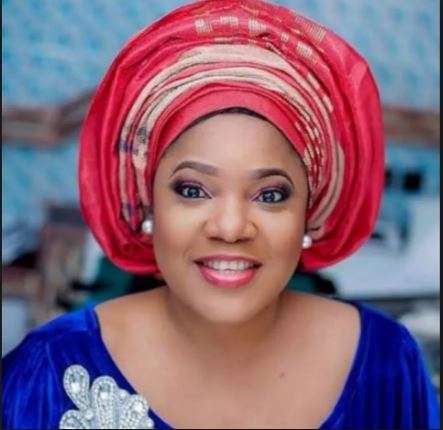 Toyin Aimakhu has once again spoken about her past drug use.

The beautiful actress spoke about it while she was a guest at the 2017 edition of Success Story Africa, held at the TLC Auditorium, Lagos.

She revealed how used marijuana and codeine and was involved in other vices.

“You need to stop bad habits. I was involved in a lot of vices and it became worse last year,” Premium Times quoted her as telling the gathering.

“I abused drugs and I am not ashamed to say it because it’s now a thing of the past. They say codeine makes you high; I took a lot. I smoked a lot and I didn’t even know I looked horrible because I was so skinny.

“If you came to my house last year, you would meet a lot of people and you won’t want to leave because we smoked, gossiped about people and what have you.

“I made a lot of mistakes when I began acting and that was because I did not have plans. I just wanted to be known.

“But, I now know that being popular isn’t the same thing as being successful. When I got into the industry and the fame became too much, I became irresponsible.

“I could not boast of N1 million in 2016. I was making money and I wanted to feel among. When one of our colleagues bought a car, it was trouble because we all strove to buy the same car or a bigger one.

“I had to change my circle for good and this change started in March 2017,”‎ she said.

This wont be the first time Toyin Abraham would be revealing how she abused drugs in the pastas it would be recalled that during an interview with Broadway TV, the beautiful actress had also spoken about her drug abuse problem and how she didn’t expect her marriage to actor, Adeniyi Johnson to end in such a messy way.

The beautiful actress recently announced the demise of her father via her Instagram page. The Nollywood actress did not reveal the circumstances surrounding his death but it is obvious that he would be sorely missed.