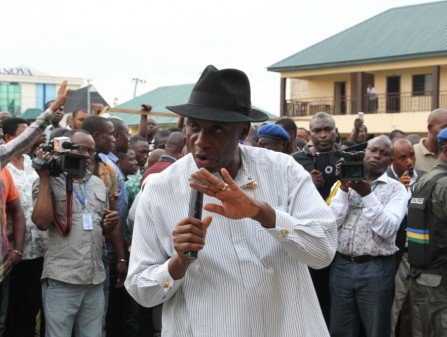 Minister of Transport, Rotimi Amaechi, has admitted that there is corruption in President Muhammadu Buhari’s government.

Amaechi, however, insisted it cannot be compared to what obtained during the past administration of Goodluck Jonathan.

He made these claims while speaking to journalists in his office on Thursday.

“I will nearly be a foolish man to say that there is no corruption in this government, but compare the magnitude if there is any.

“Before it was with impunity. Now there are consequences for stealing.

“For any reason we lose election, you the young ones are taking yourselves and Nigeria 10 steps backwards because the elites who left through PDP are waiting in the wind,” he said.

Amaechi served as the campaign director for Buhari in 2015.

Although the president has yet to publicly declare his intention to seek re-election, reports claim Amaechi has been appointed to lead the campaign again.