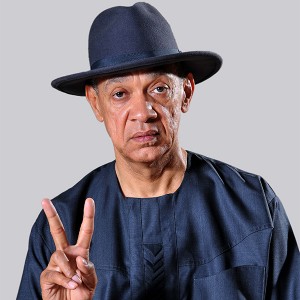 The representative of Bayelsa-East senatorial district, Senator Ben Murray-Bruce, has slammed the Minister of Information, Alhaji Lai Mohammed, for attributing the current fuel scarcity in the country to former President Goodluck Jonathan.

Mohammed had in a statement issued on Monday said, “What we met on the ground is such that we are paying for the sins of the last administration. One of the reasons for the fuel scarcity was the inability of the last government to make adequate provision for fuel subsidy.”

Murray-Bruce said President Barrack Obama of the United States inherited the most indebted economy in the world but has succeeded in reducing unemployment and petrol prices in the country without blaming his predecessor.

The senator, who said this in a series of tweets on his official Twitter handle on Tuesday, advised the All Progressives Congress to focus on providing solutions to the nation’s problems.

He said the reason Nigerians elected President Muhammadu Buhari was because they wanted to hold him accountable for running Nigeria and not to continue to blame Jonathan.

The senator said, “Imagine that government is a relay race, how can this Federal Government expect to win when it has spent the first part of the race blaming others instead of working? Instead of blaming Jonathan, swallow your pride and work towards political collaboration to get us out of this situation.”

Omokri, in a statement entitled, “Jonathan is not to blame,” said Mohammed’s statement was an abdication of responsibility and did not project the minister and the Federal Government as being responsible.

He said all the new power stations that had come on stream this year were either built or completed by Jonathan.

He said, “A bad workman may blame his tools but it takes an irresponsible workman to blame his predecessor! When Jonathan became President on May 6, 2010, he met a comatose railway network. He did not blame his predecessors. Rather, he went to work. Within two years, he successfully rehabilitated a significant portion of our national railway infrastructure and had restored intra and intercity routes for the first time.

“Since governance is a continuum, one government takes over from where the other stops and to say that an action (fuel scarcity) in December of 2015 – months after ex-President Jonathan handed over to the incumbent on May 29, 2015 – is the fault of the last President, is to confer superhuman powers on Jonathan.”