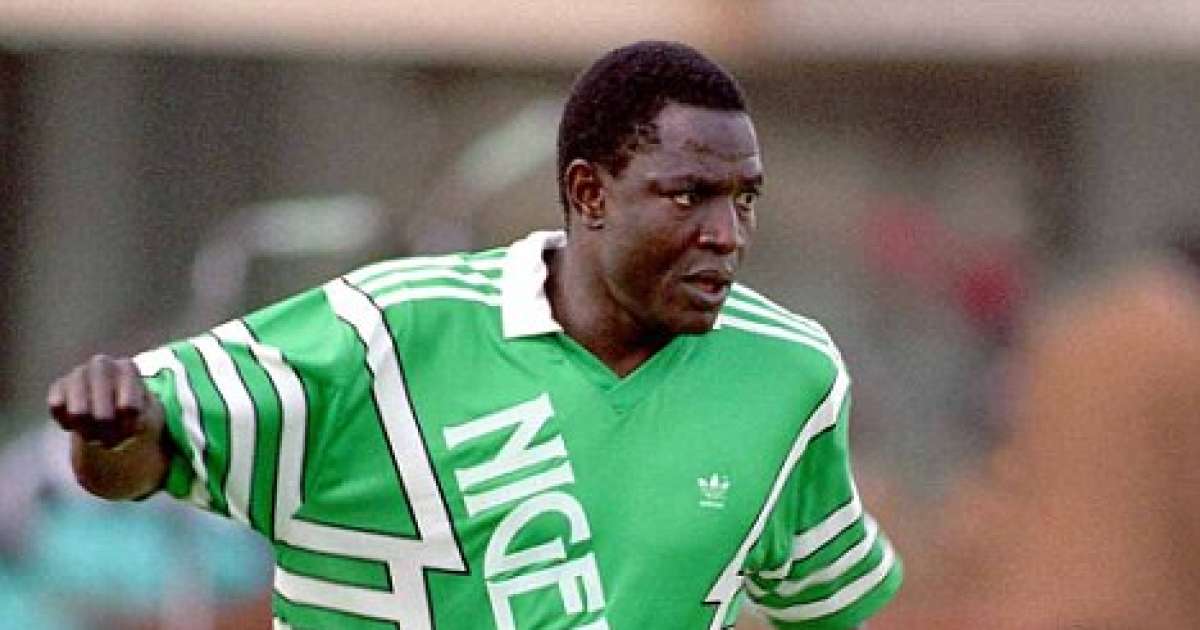 His professional career, which spanned more than two decades, was mainly associated with Vitória de Setúbal in Portugal, but he also played in six other countries besides his own.

Yekini scored 37 goals as a Nigerian international, and represented the nation in five major tournaments, including two World Cups where he scored the country’s first-ever goal in the competition. He was also named the African Footballer of the Year in 1993. 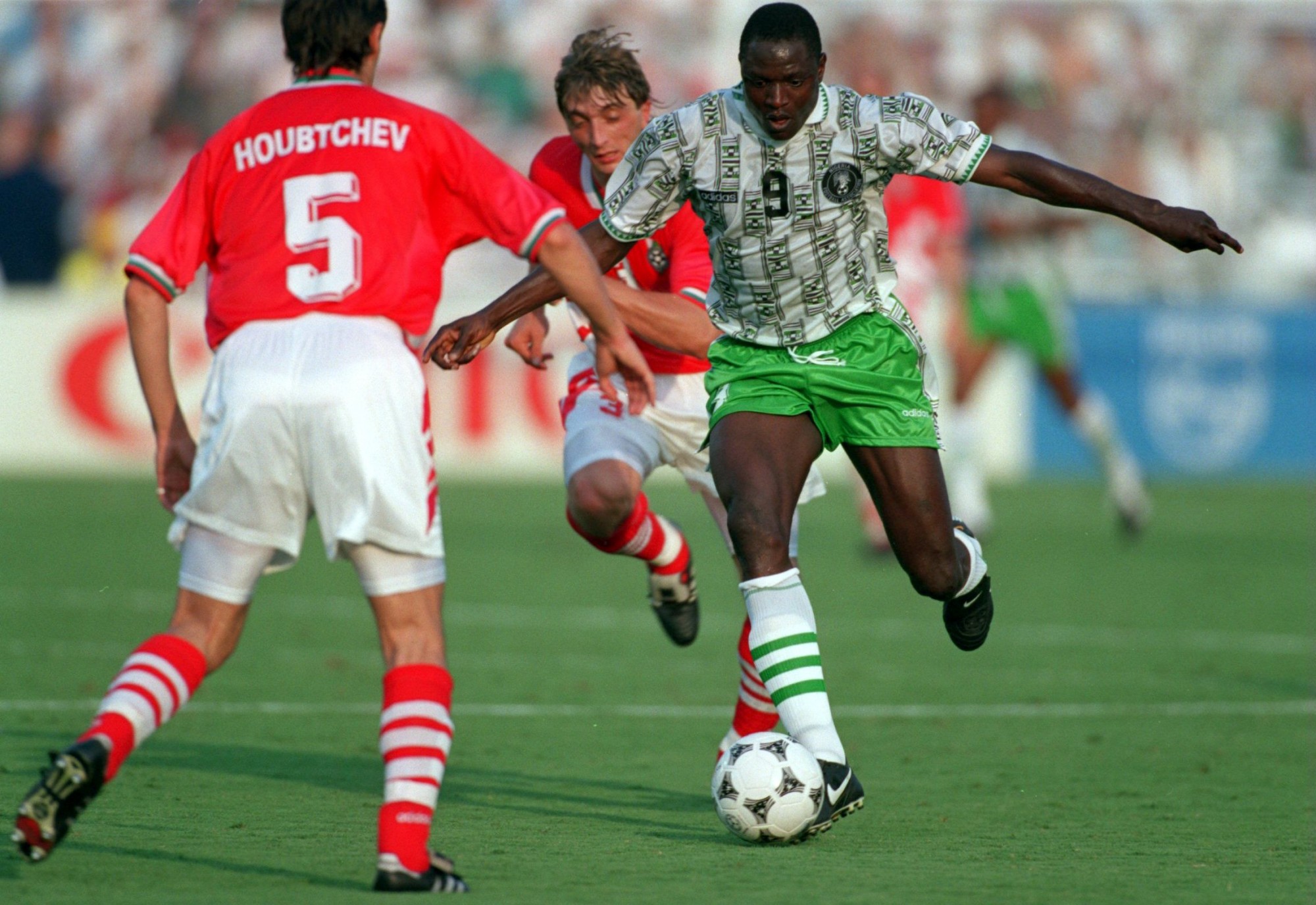 Yekini was born in Kaduna, of Yoruba origin. After starting his professional career in the Nigerian league, he moved to Côte d’Ivoire to play for Africa Sports National, and from there he went to Portugal and Vitória de Setúbal where he experienced his most memorable years, eventually becoming the Primeira Liga’s top scorer in the 1993–94 season after scoring 21 goals; the previous campaign he had netted a career-best 34 in 32 games to help the Sadinos promote from the second division, and those performances earned him the title of African Footballer of the Year once, the first ever for the nation. 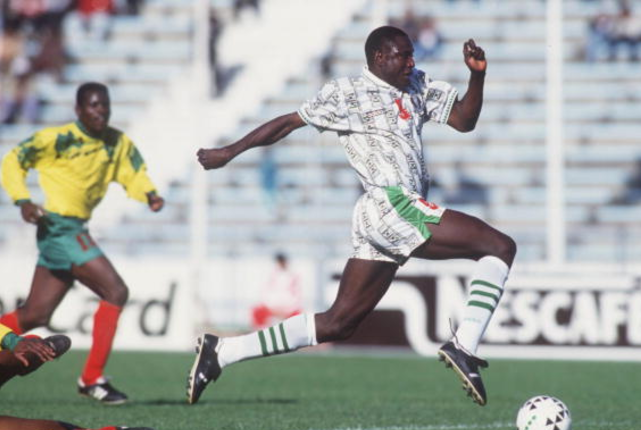 In the summer of 1994, Yekini was bought by Olympiacos FC, but did not get along with teammates and left soon after. His career never really got back on track, not even upon a return to Setúbal which happened after another unassuming spell, in La Liga with Sporting de Gijón; he successively played with FC Zürich, Club Athlétique Bizertin and Al-Shabab Riyadh, before rejoining Africa Sports. In 2003, aged 39, he returned to the Nigerian championship with Julius Berger FC. 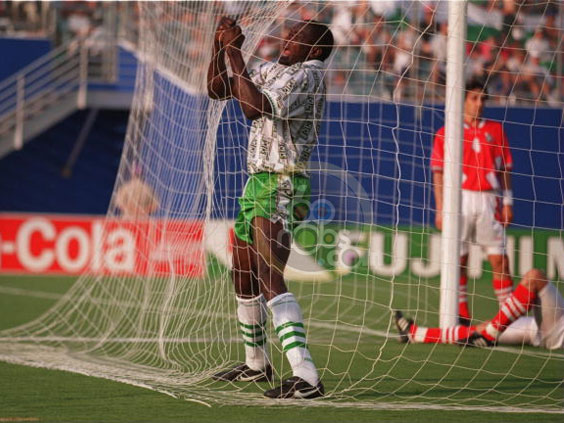 Scoring 37 goals for Nigeria in 58 appearances, Yekini was the national record goalscorer. He was part of the team that participated in the 1994 (where he netted Nigeria’s first-ever goal in a World Cup, in a 3–0 win against Bulgaria, his celebration after scoring, crying while holding the goal’s net, became one of the iconic images of the tournament) and the 1998 FIFA World Cups.

Additionally, Yekini helped the Super Eagles win the 1994 Africa Cup of Nations where he also topped the goal charts and was named best player of the competition. He also participated at Olympic level in Seoul 1988. 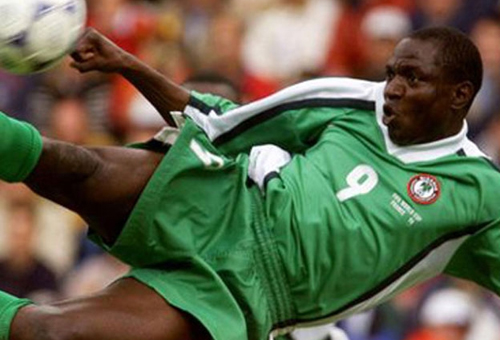 Yekini was reported to be ill for an extended period of time. In 2011, news media in Nigeria begun issuing reports of his failing health, and he was said to suffer from bipolar disorder, depression and some other undisclosed psychiatric condition. He died in Ibadan on 4 May 2012 at the age of 48, the news being confirmed by former national teammates Mutiu Adepoju and Ike Shorunmu; he was buried at his residence in Ira, Kwara State. He was survived by his aged mother, brother, wives and children, among others.