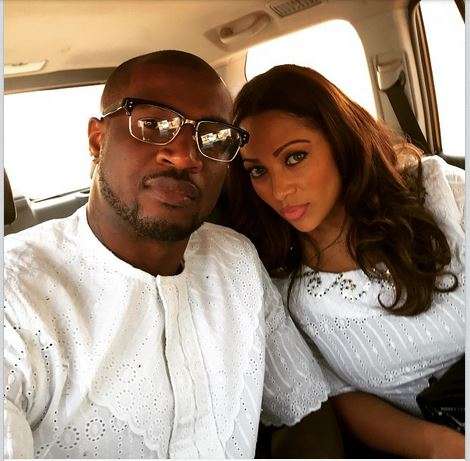 It’s no longer news that the group Psquare has split. The twin brothers, Peter and Paul Okoye have gone their separate ways. On Friday, October 20, 2017, Peter Okoye, also known as Mr P released his music video ‘Cool It Down‘. This serves as a strong signal that Psquare the group is no more.

In the middle of the controversy is Lola Okoye, the wife of Peter Okoye. She has been in the eye of the storm ever since the Psquare drama started in 2014.

There have been a lot of rumours about her role in the three-year drama that took down Psquare.

Lola Okoye has always wanted to push the Psquare brand forward, to make it even bigger. With her experience in corporate Nigeria, she wanted to bring a more professional and PR-friendly way of doing business to the group.

Peter Okoye was keen on moving Psquare forward and took his wife’s ideas in. Peter felt that Jude Okoye’s managerial style was not professional enough and the business lacked structure.

Psquare which happens to be one of the biggest groups out of Africa never had a business office in all its years of doing business.

“Four years ago, I told Jude that he needs to step down as our manager because I didn’t want to disrespect him as a brother, but this is business, we have to structure it,“Peter Okoye told NET in an exclusive interview in 2016.

“The name Psquare is very big outside but inside we have no structure” he further said.

He brought his ideas to the Paul and Jude but that they shut it down. Paul and Jude Okoye preferred the old style of handling business. It had always worked for them and they were not eager to change the formula.

This led to a tussle between both camps (Peter/Lola on one side and Paul and Jude on the other).

Another insider close to the brothers revealed that Lola Okoye helped Peter Okoye snag several endorsement deals. This is what she wanted to bring to the group, a more celeb-focused way of doing business. Paul and Jude Okoye both said no.

This friction led to the eventual split of Psquare. Peter Okoye wanted to progress but Paul and Jude decided to keep on using the same formula.

Throughout the whole drama, Lola Okoye has never reacted publicly or responded. She hasn’t said anything about the rumours.

According to our second source, Paul and Jude Okoye has sworn to never go back Peter Okoye and makeup.

Pulse reached to all parties involved and they haven’t responded for comments on the story.