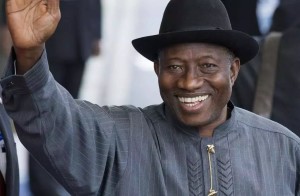 Tanzanians describe Goodluck Jonathan as “a hero of free and fair election in Africa”.

The ex-president had been earlier appointed the leader of the Commonwealth international observers to monitor the Tanzanian general elections scheduled for October 25.

The Daily News of Tanzania reports that citizens of the country are anxious and happy that the former Nigerian leader will lead a 33-nation observer mission.

Describing him as “a hero of free and fair election in Africa”, Tanzanians are sure that Jonathan’s presence will bring credibility to the polls.

Reports coming from the country indicate that the upcoming elections might be the toughest elections in the country’s history. Like in Nigeria’s polls, the ruling Chama Cha Mapinduzi party, which has been in power since Tanzania’s return to multiparty democracy in 1992 is being challenged by a united opposition that has been making significant electoral gains.

In an editorial titled “Salutary lessons for Tanzania from Nigeria’s latest elections”, Jonathan is praised for his exemplary feat of conceding defeat even before the end of the electoral process.

“Jonathan may very well have averted bloodshed that is characteristic of incumbent leaders who cling in power tooth and nail, fang and claw! What lesson is there in this for us in Tanzania, pray?”

“It is generally admitted that the election in Nigeria was unprecedentedly free, fair and transparent, whereby the opposition candidate, Muhammadu Buhari, won the presidency. What is more remarkable is that the incumbent president who sought re-election, Goodluck Jonathan … most graciously accepted the results promptly!

“Oh, I don’t know beyond the fact that Tanzania could tragically do worse if it fails to dedicatedly take a leaf out of Nigeria’s newest book on elections!” the paper wrote.

Another national daily, the Guardian of Tanzania, in its own editorial titled “High profile figures among observers will add credibility to poll process, results”, described Nigeria’s former president as a democrat who has pointed the way forward for the rest of Africa.

“Jonathan’s voluntary handover of power to the opposition wrote a new chapter for Nigeria’s democracy, given the fact that it is rare for sitting presidents in Africa to hand over powers to winning opposition parties.”

During his trip to Tanzania, Jonathan is scheduled to meet with the country’s president, Jakaya Kikwete, other heads of delegation as well as the local and international media.

Meanwhile, Ayodele Fayose, the governor of Ekiti state, has described Jonathan’s appointment as a global recognition of the ex-president’s democratic credentials.

“Jonathan should be celebrated, and I am happy that the world is beginning to give him the deserved recognition and celebration less than five months that he left office,” the governor said.