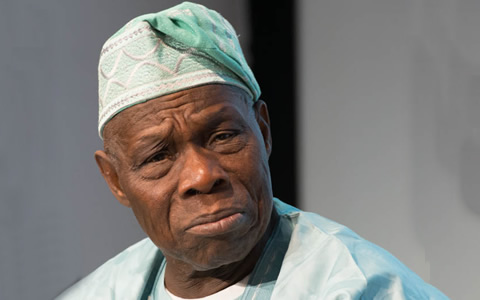 Obasanjo spoke in Abeokuta Ogun State on Thursday where he criticized the National Assembly and the Federal Character Commission for failing to check the excesses of the President in the uneven distribution of public offices.

He stressed that the ethos of nation building through even distribution of public offices had been abused under the current administration.

The former President also noted that his recent open letter to Buhari was not borne out malice or what he termed “bad belle” but out of his deep concern for the situation in the country.

According to Obasanjo, “Let me emphasise important areas, programmes, priorities or processes for improved attention. To start with, we seem to have taken nation building for granted. Nation building must be given continued attention to give every citizen a feeling of belonging and a stake in his or her country.

“For instance, the Federal Character principle, as espoused in our constitution, was to guide the leadership to search for competent holders of major offices to be distributed within the entire nation, and avoid concentration in a few ethnic hands or geographical places, as we currently have in the leadership of our security apparatus.

“To avoid such non-integrative situation, we have the National Assembly and the Federal Character Commission, both institutions which must raise the alarm or call for correction of actions by the executive that violates the spirit of our constitution.”

DAILY POST had yesterday reported that Obasanjo registered as a member of the Coalition for Nigeria Movement (CNM) in Abeokuta, the Ogun State capital