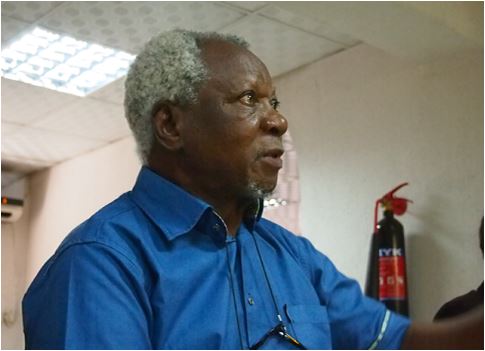 Born in Kiagbodyuo, Nigeria, to an Ijaw father and Urhobo mother, Clark received his early education at the Native Authority School, Okrika (Ofinibenya-Ama), in BurutuLGA (then Western Ijaw) and the prestigious Government College in Ughelli, and his BA degree in English at the University of Ibadan,[2] where he edited various magazines, including the Beacon and The Horn. Upon graduation from Ibadan in 1960, he worked as an information officer in the Ministry of Information, in the old Western Region of Nigeria, as features editor of the Daily Express, and as a research fellow at the Institute of African Studies, University of Ibadan. He served for several years as a professor of English at the University of Lagos, a position from which he retired in 1980. While at the University of Lagos he was co-editor of the literary magazine Black Orpheus.

In 1982, along with his wife Ebun Odutola (a professor and former director of the Centre for Cultural Studies at the University of Lagos), he founded the PEC Repertory Theatre in Lagos.

A widely travelled man, Clark has, since his retirement, held visiting professorial appointments at several institutions of higher learning, including Yale and Wesleyan University in the United States. 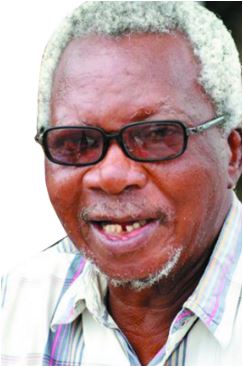 Clark is most noted for his poetry, including:

Critics have noted three main stages in Clark’s poetic career: the apprenticeship stage of trial and experimentation, exemplified by such juvenilia as “Darkness and Light” and “Iddo Bridge”; the imitative stage, in which he appropriates such Western poetic conventions as the couplet measure and the sonnet sequence, exemplified in such lyrics as “To a Fallen Soldier” and “Of Faith”; and the individualized stage, in which he attains the maturity and originality of form of such poems as “Night Rain”, “Out of the Tower”, and “Song”.

Throughout his work, certain themes recur:

Clark frequently dealt with these themes through a complex interweaving of indigenous African imagery and that of the Western literary tradition. 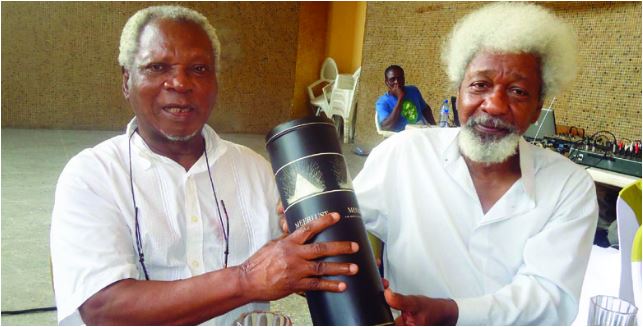 Clark’s dramatic work includes Song of a Goat – premiered at the Mbari Club in 1961 – a tragedy cast in the Greek classical mode in which the impotence of Zifa, the protagonist, causes his wife Ebiere and his brother Tonye to indulge in an illicit love relationship that results in suicide. This play was followed by a sequel, The Masquerade(1964), in which Dibiri’s rage culminates in the death of his suitor Tufa. Other works include:

Although his plays have been criticized for leaning too much on the Greek classical mode (especially the early ones), for their thinness of structure and for unrealistic stage devices (such as the disintegration of the raft on the stage in The Raft), his defenders argue that they challenge and engage the audience with their poetic quality and their uniting of the foreign and the local through graphic imagery.

Clark’s contribution to other genres includes his translation of the Ozidi Saga (1977), an oral literary epic of the Ijaw that in its local setting would normally take seven days to perform, his critical study The Example of Shakespeare (Evanston: Northwestern University Press, 1970), in which he articulates his aesthetic views about poetry and drama and his journalistic essays in the Daily Express, Daily Times, and other newspapers. He is also the author of the controversial America, Their America (Deutsch, 1964; Heinemann African Writers Series No. 50, 1969), a travelogue in which he criticizes American society and its values. While the furore generated by this book arguably catapulted him into the international literary limelight, the damage it and Casualties have done to his reputation seems permanent; in both works he infuriated and alienated a large audience and some influential critics. In his defence, Clark has maintained that he merely portrayed events as he saw them.

As one of Africa’s pre-eminent and distinguished authors, he has, since his retirement, continued to play an active role in literary affairs, a role for which he is increasingly gaining international recognition. In 1991, for example, he received the Nigerian National Order of Merit Award for literary excellence and saw publication, by Howard University, of his two definitive volumes, The Ozidi Saga and Collected Plays and Poems 1958-1988.

On 6 December 2011, to honour the life and career of Professor John Pepper Clark-Bekederemo, a celebration was held at Lagos Motor Boat Club, Awolowo Road, Ikoyi, for the publication of J. P. Clark: A Voyage, The definitive biography of the main animating force of African poetry, written by playwright Femi Osofisan. The launch was attended by “what could be described as the who is who in the literary community”, including Nobel laureate Wole Soyinka. In 2015 the Society of Young Nigerian Writers under the leadership of Wole Adedoyin founded the JP Clark Literary Society (www.jpclarkliterarysociety.blogspot.com), aimed at promoting and reading Clark’s works.