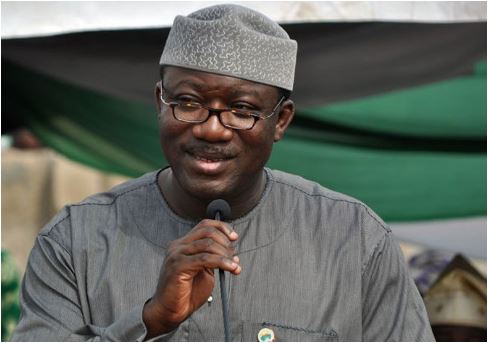 This is just as the Governor approved N200 million as car and housing loans for teachers in public schools in the state to boost their morale.

Speaking after signing the executive order at a ceremony held at the Governor’s Office, Ado Ekiti, Fayemi said it also provides for free and compulsory education in government owned primary and secondary schools.

The executive order, according to him, makes provisions for stiffer sanctions and penalties for school principals and head teachers extorting pupils and students through illegal fees.

Fayemi explained that the action was taken because of reports that school heads were still collecting illegal fees after his pronouncement banning same last Wednesday during his senatorial town hall meetings.

The governor expressed dismay that some principals and head teachers were still extorting students under the pretext of collecting “voluntary donations.”

Fayemi stressed that the executive order would prevent any of such illegality in schools, eliminate school drop out and as well encourage children enrollment.

He urged parents to report any head of schools who asked their children for money to the ministry of education for necessary action against would be culprits.