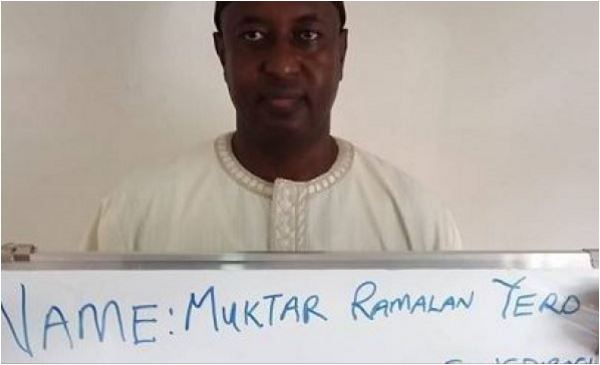 A federal high court sitting in Kaduna has remanded Ramalan Yero, a former governor of the state, in prison.

Nuhu Wya, a former minister; Abubakar Gaya-Haruna, a former chairman of the Peoples Democratic Party (PDP) in Kaduna; and Hamza Ishaq, a former secretary to the Kaduna state government, were also sent to prison.

The court remanded the quartet after they were arraigned by the Economic and Financial Crimes Commission (EFCC) on Thursday.

They were arraigned over their roles in the disbursement of N750 million campaign fund for the PDP during the 2015 general election.

They had been reporting to the Kaduna zonal office of the EFCC for the past two months in line with the procedure for investigations.

On Wednesday, the commission detained them ahead of the arraignment.

“The case is coming up tomorrow; so I can confirm to you that the former governor is here with us and he will be arraigned at the courts with the three others,” an EFCC source had told TheCable.

The four accused were charged with four counts bordering on money laundering, criminal conspiracy, misappropriation of public fund, and breach of trust.

They, however, pleaded not guilty to the charges when they were read to them.

Yunus Ustaz, counsel to Yero, made an oral application for his client to get granted bail or be remanded in EFCC custody.

But his bail application was opposed by Joshua Saidi, the EFCC counsel, who said the commission does not have enough detention facility to accommodate the four accused.

He, therefore, urged the court to remand them in prison.

In his ruling, Mohammed Shuaibu, the presiding judge, asked the defence counsel to file a written application for bail.

He then ordered that the four accused persons should be remanded in prison custody until June 6 for ruling on the bail application.