Afrobeat stars, Burna Boy and Tems are hoping to take home their prestigious awards at the 65th Grammy Awards Night scheduled for February 5 2023, as they get nominated in distinct categories.

Tems on the other hand also got nominated in two categories; ‘Best Rap Song’ and ‘Best Melodic Rap Performance’. Both came courtesy of the American rapper, Future’s song, ‘Wait For U’ which she and Drake got featured in.

Burna Boy will have to battle with the regular winner, Angelique Kidjo whose album was also nominated for the ‘Best Global Music Album’. 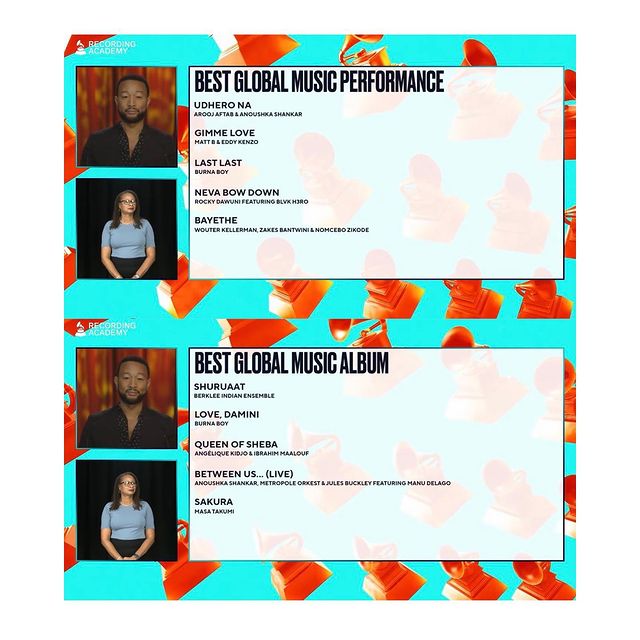 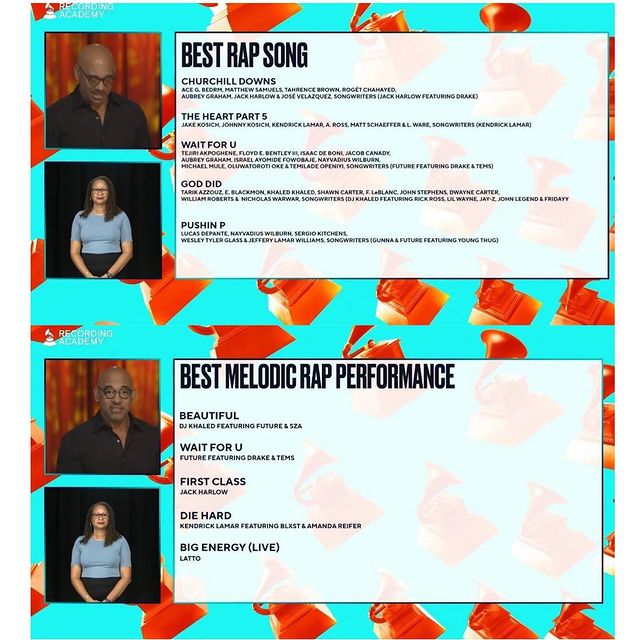 Other Afrobeat sensations, Wizkid and Davido failed to bag a single nomination.