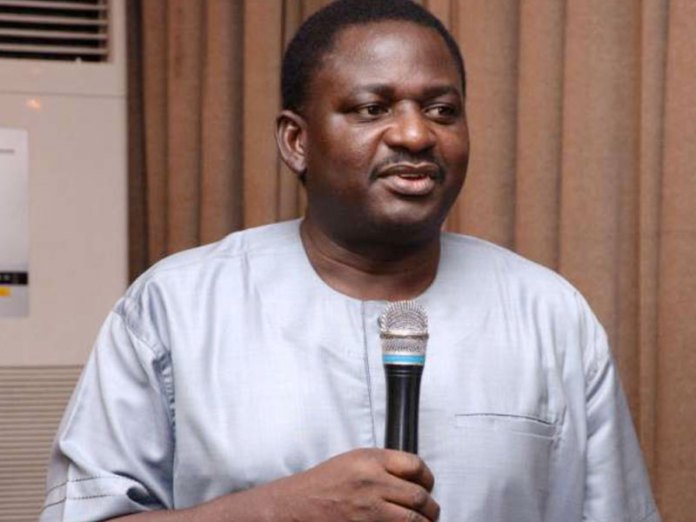 In a move designed to put an end to insinuations that a majority of President Muhammadu Buhari’s appointments was largely from the north, the presidency last night released documents showing state and geographical spread of appointments made by the President. In a graphical presentation of appointments according to states, the southern state of Ogun top the list with 21 slots, followed by Imo and Kano with 15 slots each. They were closely trailed by Edo and the president’s home state, Katsina, with 14 appointments each.

Though the tabulated list of appointments may not be exhaustive, the zonal distribution of the listed beneficiaries showed that South-west had the largest share. Of the 157 appointments in the table, South-west got 40. It was followed by the North-west which got 30 slots. The North-east secured 24, while the North Central had 21. The table also showed that the South-east got 22 while the South-south got 20.

The release of the list of state and geopolitical distribution of agency appointments by the presidency was in reaction to a media report last week which claimed that out of 100 appointments made by the President, 81 were from the North, his region of origin – thus further deepening the perception that the President is favouring a section of the country.

Describing the report as bias, Adesina said what the report did was to solely select 100 appointees of its own choice and classify their appointments on the basis of ethnicity “to mislead the public and portray the Buhari administration in bad light.”

The President’s spokesman, who further dismissed as uncharitable, the decision of the report to insinuate that Buhari’s appointments were in favour of the North, added that it was not only full of errors, but even ascribed non-existent appointments to the president, just to incite the public against him.

While identifying the appointments he described as non-existent as well as naming the actual appointees of the president currently occupying positions, he maintained that there were no fewer than 50 of Buhari’s appointees that the report left out, and that there were other appointments he mentioned, which were not made by the president but by the previous administration.

“To claim, suggest or attempt to insinuate that the President’s appointments are tilted in favour of a section of the country is simply untrue and certainly uncharitable,” Adesina said.

“The article also wrongly named Tunde Irukera as Executive Secretary of CPP – whatever that is – instead of Consumer Protection Council (CPC). Rather conveniently, the publication ignored mentioning that Mr. Emeka Nwankpa is chairman of CPC. Not only that, the writer claimed that the Director-General of the Budget Office is Aliyu Gusau, whereas Mr. Ben Akabueze is the actual DG, Budget Office.

“Besides, the publication made not just one, but several errors on names and positions, in what could be seen as a deliberate attempt to mislead the reading public, along the lines of some intended distortions of the truth.
“For example, there are several other appointments the publication failed to mention, which clearly shows the fair geopolitical spread of President Buhari’s appointees. For instance, the publication didn’t mention Sharon Ikeazor, Director-General, PTAD, who is from Anambra, South-east; Folorunsho Coker, DG, NTDC; who is from Lagos, South-west; Ituah Ighodalo, of the National Council of Privatisation, who is from the South-south; Eze Duru Ihioma, Chairman, NPC, who is from Imo, South-east, among many others.

“There are at least 50 names of the President’s appointees that the article didn’t mention that are not from the North, while there are some others that were already in place before the administration came in but reconfirmed by the Buhari administration.

He maintained that the president remained committed to providing a leadership that is devoid of ethnic, tribal and religious colouration in expression of his commitment to the unity of Nigeria.

He said: “President Muhammadu Buhari remains committed to serving all Nigerians, no matter the tribe, ethnicity or region, and he is also determined to ensure that Nigeria remains strong and united. He has, and will continue to keep faith with one Nigeria and has shown this with the administration’s diverse projects in different parts of the country’s geopolitical zones.”