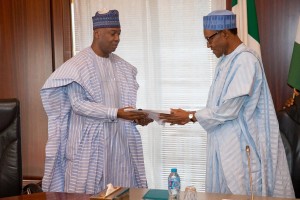 Saraki arrived for the meeting scheduled for 3pm around 2.55pm and was escorted into one of the halls inside Buhari’s office. 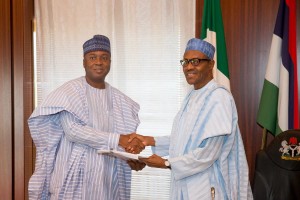 He was accompanied by the president’s two senior special assistants on legislative matters, Ita Enang (Senate) and Suleiman Kawu (House of Representatives).

President Buhari was also joined by some of his assistants comprising the Chief of Staff, Abba Kyari; and the special adviser on media and publicity, Femi Adesina. 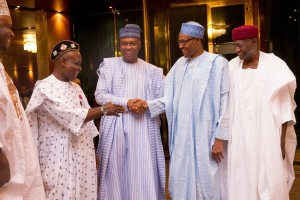 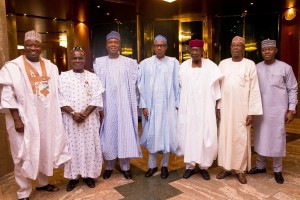 The meeting commenced with Buhari’s arrival at about 3.01pm. After the ceremonial presentation of the list to the president, all security and political aides excused the two leaders who met behind closed-doors before coming out for group photographs.

The Nigerian Senate has concluded the screening of ministerial nominees sent to it by President Buhari last week when the leader of the nation was in India.