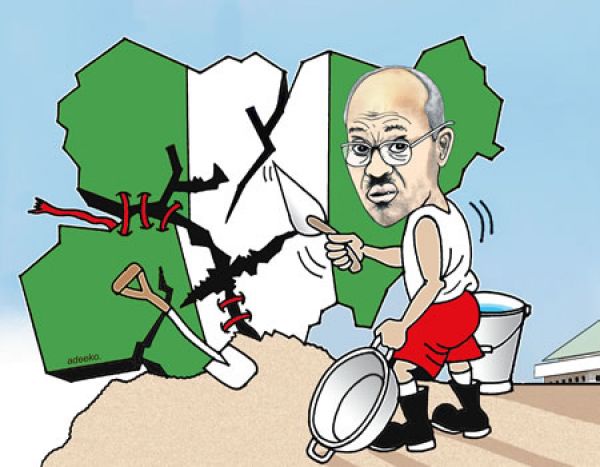 President Muhammadu Buhari is a trained and experienced soldier. He went through rigorous training at the Nigerian Military College, the Mons Officers’ Cadet School, Aldershot in the United Kingdom as well as the Defence Services Staff College at Wellington, India. His training at the elite Army War College in the United States was the equivalent of a finishing school for top-drawer soldiers. He has also tasted battle in the war theatres in the Congo as well as in Nigeria during the Biafran war. So in military and security matters he has earned his epaulettes and appropriate bragging rights to go with them. When, therefore, his campaigners told Nigerians in 2015 that he would rescue the Chibok School girls captured during President Goodluck Jonathan’s tenure and that he would tame the other security demons many Nigerians had no reason to nurse any doubt. He has rescued some of the Chibok girls from captivity but many of them still remain locked away in a place we know not.

Since his assumption of office as President in 2015 many other security challenges have sprung up challenging the ingenuity of this battle-tested former general. They have stretched his military know-how to its elastic limit. Now with the myriads of security issues that have mushroomed many analysts are wondering whether Buhari was properly assessed or simply overrated. To be fair to him a lot of the problems that have arisen are not of his own making. Some of them, for example, kidnapping and herdsmen crisis, have been simmering for several years without previous governments seriously attacking them.

The main thrust of this article is to examine whether or not Buhari’s strategy is a winning one. His strategy seems to be based on the thinking that since blood is thicker than water, blood will win the day for him. He chose to appoint all his top security chiefs from his own part of the country. The roll call: Dan Alli (Minister of Defence), Lawan Danbazzau (Minister of Interior), Babagana Monguno (National Security Adviser), Tukur Buratai (Chief of Army Staff), Lawal Daura (Director General, DSS), Ibrahim Idris (Inspector General of Police) and Ahmed Abubakar (Director General, NIA). The federal character implications of this skewed selection may not have occurred to him readily but he apparently thought if he chose his “contrymen” they will not hesitate to protect his interest or to do his bidding. What he apparently did not avert his mind to is that extreme familiarity may not necessarily breed contempt for him but recalcitrance, lackadaisicalness and a my-brother-will-do-nothing-to-me attitude. Besides, some of the people who have compromised the security of the country, for example, the herdsmen, are their “contrymen”. The security men’s sense of duty seems, despite Buhari’s directives to them, to conflict with their bonds of kith-ness and kin-ness. They do not think it will be appropriate to punish their brothers and sisters who are causing mayhem in the country and a poor security image for Buhari and the country. I do not believe, as some people have alleged, that Buhari is guilty of complicity in the matter. There is no way a leader would gladly permit some people even if they are his kinsmen to damage his legacy as they are doing to him now. My belief is simply that Buhari is unable to muster the political will to tackle the issue frontally and forcefully.

The President has asked the security agencies to fish out and bring to justice criminals who have been committing mayhem but so far no one has been punished. That is not only a disobedience to lawful instructions but an affront to constituted authority. That the President’s instructions are not carried out and the failure to carry it out does not attract any punishment shows a pathetic lack of political will by the President. If he would step back and reflect he would notice that those who have done the greatest havoc to his legacy have been the people territorially close to him. The EFCC Acting Chairman, Ibrahim Magu, has failed confirmation screening at the Senate twice because of a damning report written about him by the Department of State Security Service. And who runs that department? Buhari’s man.

The former Secretary to the Government of the Federation, Mr. Babachir David Lawal, whose corruption case was investigated by the Senate poisoned, with his rough tongue, Buhari’s relationship with the Senate. As a mark of loyalty to Lawal, Buhari assumed the status of his emergency defence lawyer on a matter that he should have distanced himself from as a sign of the seriousness of his anti-corruption crusade. It took a ferocious fight by the media and civil society groups for Buhari to remove Lawal from office. The public is uncertain whether or not he will go on trial. The Maina corruption saga, its cover-up attempt, his promotion and his mysterious escape give a sordid image of either a government in disarray or one in want of rectitude. And who are the major culprits? Buhari’s men.

Now the mindless massacre of 73 human beings by Fulani herdsmen in Benue State on New Year’s day was a wicked new year’s gift to Nigeria. A few months ago the same group of gangsters had burnt a whole village called Agatu, killed and maimed hundreds of people. There are said to be about 40,000 displaced persons in the State now. When I saw the rows and rows of caskets, all 73 of them, lined up for burial tears welled up in my eyes. I knew what they were burying were not the caskets but human beings who were bubbling with life a day before their extermination by some nihilists. The nihilists said in justification for the killing: “because our cows were stolen.”

I am not from Benue State but my brother and friend, Dan Agbese comes from there. We work together in Lagos but each time that these mindless murderers have struck I have had to express my condolences to him. On this last occasion I did not know how best to convey my feelings. I simply said to him: “sorry for all these killings.” And my eyes were misty with tears. Dan has no relation among the dead. Neither do I. but I felt as if I had. Come to think of it are we not all related one way or another by our joint humanity. Our joint humanity is our umbilical cord which these fellows with terrorist credentials are taking away. But what saddens me more is the tepid response by the Federal Government. Yes, there is the obligatory press release condemning the atrocity and expressing the President’s feelings of sorrow and condolence to the families of the lost persons. This has now become so mechanical that it is almost meaningless. Why doesn’t the President speak to the nation and convey in his own voice the gravity of his feelings. That is what leaders elsewhere do. What is stopping him from doing that? Why doesn’t the President enter the aircraft and land in Makurdi, or Kaduna or Port Harcourt or wherever these killings happen at a horrendous scale and personally sympathise with the people. That is what Presidents elsewhere do to show their sadness, sobriety, sympathy and empathy and the desire to curb the excesses. The President would be arriving at any of these killing fields with the full force of his moral authority and presidential aura to indicate that he truly cares. Yes, the President ordered the \minister of Interior and Inspector General of Police to move into Benue and do what they are paid to do. The fact of asking these two men to go to the theatre of the killing means it was serious enough to demand even the President’s presence. It would have made a huge difference. I hope the President can still do it when it is not too late. It is his voice that can assuage the feelings of the bereaved not the voice of his hired hands.

Something else happened a day after the 73 dead persons were surrendered to the worms in a mass grave. Seven governors of the ruling party, APC, went to Buhari and told him he should run for re-election in 2019. It is their right to say to the President whatever they want, but don’t they have human feelings? Seventy three people had just been buried the day before from the reckless activities of some herdsmen who are destroying the President’s legacy. If they loved the President they should have advised him to go to Benue and make some mollifying gestures to the angry people of that state. Instead their leader, Nasir El-Rufai, governor of Kaduna State said arrogantly: “We are politicians and those of us you see here want the President to contest the 2019 election. We have no apologies for that.” That is insensitive. That is heartless. What sort of politicians are these?

That statement is like pissing on the dead bodies of the 73 persons. It is unconscionable, crude and cruel. The timing is supremely imperfect. Is it that all that they care about is the 2019 election? If this trend of mindless killings continues or escalates unchecked how do they know that we will still have anything to call a country by then? Or an election to contest. 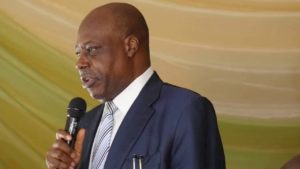 From all indications Buhari’s thesis of securing the country by appointing only his “contrymen” to man the key security arms has suffered a severe setback. It has failed. He therefore needs to do an urgent rethink so as to retool the security architecture of the country and reduce the prevailing agony.