Nigerian public school education, particularly in kindergarten through Senior Secondary three (K – SS3), which is the equivalent of American K-12 system, is witnessing a steady decline since this 21st century. The root causes of this decline include:

An indisputable factknown to any literate mind is that an educational institution is measured by the quality (or the lack) of its instructional program. In other words, a school is not assessed by the size of its campus facility. This fundamental understanding explains why a child who acquired public primary and secondary education in a thatched school building in a rural village in Nigeria could compete at the university level with a minister’s son who attended Kings College Lagos back in the days.  Since the advent of this 21st century, the quality of public education in Nigeria from Kindergarten to the university level has been declining rapidly at an alarming rate. This rapid erosion is worse at the K-12 level which ought to serve as the foundation for further studies. We may not all agree on the exact time when the decline began, but that is not the focus of this piece. My goal is to underscore an apparent irreversible harm being done to public education by successive governments (both military and civilian) in Nigeria.

I attended Nigerian public school system in the 70’s and 80’s from Kindergarten to a bachelor’s degree. Throughout those years, I was privileged to learn from competent teachers and educators who devoted every ounce of their energy to transmitting quality instruction to the pupils and students under their care. In those days, our teachers pride themselves as scholars and compete among themselves on how much volumes of curricular contents they could impart on their students. Those were the era when teachers enjoyed the art of teaching far more than the students desired to learn. Teachers were addressed and known in the community bythe name of the subject they teach. If Mr. Okoye teaches math, his students would nickname him, “Mr. Add Math” (an abbreviation for Additional Mathematics); and a Literature teacher was called Mr. Shakespeare and a chemistry teacher would proudly don the name, “Chemical.” Teachers responded to their newly adopted names with pride and beamed with joy that students truly recognized them as experts in their subjects.

On their part, students engaged in relentless academic and intellectual competition at both individual and class grouping levels. Every student wanted to emerge as the leader of the pack as the best student not only in his or her immediate class group but within the entire grade level. It was not a voluntary competition; the parents expected perfection from their children and impressed on them to bring home the class trophy at the end of each school year. In those days, study habit was among the essential criteria for being a great child, it was not based on physical look or attributes. It was all about intellectual prowess, studious habits and academic rigor. A lazy student was treated disdainfully even by members of his or her own family. When a stranger compliments the physical looks of a lazy student in the presence of his parents, the parents would in addition to thanking the stranger, add, “however, he does not like to study his books.”  Yes, in those days, parents felt very comfortable in shaming lazy students in public as a show of “tough love.”

Fast forward to the behavior of our public-school teachers and students in this current century, things have fallen apart. The zeal and passion to teach have left our educators. Public school instruction, particularly at K-12 level has been reduced to a part-time job, even though teachers still collect their full-time salary. I must emphasis that not all the states in the country pay their teachers on time, but the law in every state still maintains K-12 teaching as a full-time job. Many teachers have lost the moral imperative to educate children. They do not care about lesson preparation and many of them do not even care to show up to work. Many others lack the basic training and competence to teach in their subject fields.

The few teachers who still have a passion for the profession lack the commitment to do the job effectively due to lack of supervision. Generally, in any public service, people have a tendency to do only what is inspected, not expected. If there is no one holding you accountable to do your job, there is really no burning desire to do it right. Many public-school principals and other supervisors of instruction at local school sites are not holding their teachers responsible and accountable to perform. In most cases, principals do not inspect teachers’ lesson plans or visit classrooms to monitor instruction. Some teachers, who have been left unsupervised, have turned their pupils into “unpaid workers” in their classrooms. It is not unusual for a teacher who sells melon seeds (used in preparing the famous Egusi soup) in a local market, to engage her students in breaking the seeds throughout an entire day of instruction. While decent Nigerians standby and watch teachers make joke of this practice as a math lesson, we know that such practice does not have an instructional value and teachers who subject their students to such labor are not only breaking the law, but ruining their future.

Research clearly shows that the traditional 180 days of instruction is no longer enough for a school calendar year, but Nigerian public students are now spending far less number of days in school. When the incessant teachers’ labor strike and voluntary teacher absences are factored in, it appears that a typical Nigerian student in K-12 public school averages less than 150 days of instruction. Nigeria is one of the few countries where there is no law on how to make up for lost instructional time when a teacher was absent. When a female teacher goes out on a maternity leave, there is no adequate policy in place for a substitute teacher to providecoverage in her place. The affected students are usually left on their own, as parents stretched their already meagre resources to arrange and pay for private tutoring for their children.

The case of one particular teacher will illuminate the moral laxity of some of our teachers and administrators responsible for supervising the teachers. It was the story of a full-time science teacher in a local secondary school who averages three days of attendance. He goes to work for only three days in a week but insists that he covers the weekly curriculum of the students in only three days because he works fast. Then, he uses the other two dayswhen he was supposed to be at work to offers private tutoring services to other groups of students in a viable educational preparatory school he owns and operates with his wife.  It is interesting to note that some of the clients of this teacher are the same students he was supposed to teach in his regular full time job. These students are now compelled to pay for private lessons from the same teacher who receives paycheck from the tax-payers to educate them. This teacher was allowed to get away with his fraudulent abuse of public fund because he gives a portion of the proceeds from his tutoring business to the principal who allows him to average only three days of school.

Unfortunately, students and their parents are also contributing to this erosion of quality in Nigerian education. Many of our students have lost the desire to study. Cellphones and re-charge cards have replaced education as the number priority one for our children. I just returned back from Nigeria after spending three weeks of the Christmas holiday with so many primary, secondary and university students but did not find anyone of them reading a book. Unlike what obtained in the 1970s, 80s and 90’s when a secondary student holds a copy of James Hadley Chase’s novel in his hand at any given time.Nowadays, reading and studying of any material is no longer in our family menu. Many parents are no longer enforcing this parent requirement in their home.

The most damaging concern about Nigeria public education is the on-going abnormality of replacing the use of textbooks with poorly written handouts. Yes, the use of carefully written and well-research textbooks in many subjects is a thing of the past. Even in instances where there are lists of textbooks for specific subjects, students do not use them. Rather, they are compelled to buy plagiarized“cut and paste” handouts marketed by their teachers. One such handout on African history which I reviewed was published in September 2016, but it listed Nelson Mandela who died in December 2013 as the current president of South Africa.  Most of those handouts are not vetted for accuracy of contents and the authors are not recognized, published scholars.Without reading authentic textbooks from published authors, how do we expect our current and future students to competewith their peers in the international stage?It is very shameful that Nigerian public education which was once the envy of the world has progressively deteriorated to abyss.

Finally, the bulk of the blame for the deplorable state of our public education must be laid squarely on the laps of all the successive government regimes in Nigeria since this century. All branches of the governments, including the executive and legislative arms,at various levels have failed woefully to sustain the quality of education that was initiated and nurtured by the colonial leaders and missionaries. Yes, our K-SS3 system did marvelously better when the missions were involved. The successive governments after them underfunded education and many state governments do not even care to pay teachers’ salary and to provide any administrative oversight including designing effective curricular framework and guidelines for implementing the educational programs. Why would our government leaders care about public education if their children are enrolled in the best schools in western countries? 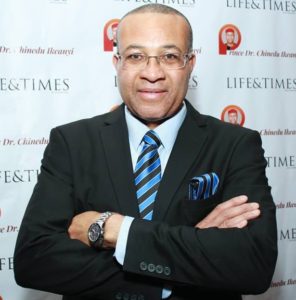 The earlier we stopped this calamity, the better for the future of our children. Part Two of this article will be aimed at proffering solutions to these problems. These my views, yours are welcome.