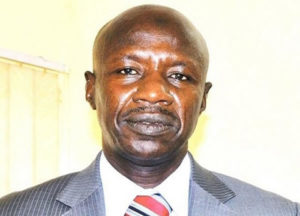 There are indications that the Economic and Financial Crimes Commission has started an investigation into the activities of 20 companies recommended for further probe by the third arms scam report, The PUNCH has learnt.

It was gathered on Thursday in Abuja that no fewer than six of the companies would pay a total of N2.4bn as withholding tax for defence contracts between 2007 and 2015.

The investigation of the companies and the payment of the withholding tax were part of the recommendations made by the Presidential Committee on Audit of Defence Equipment in the Nigerian Armed Forces in its report, a copy of which was obtained by The PUNCH on Thursday.

It was  gathered that  the EFCC had pencilled down seven chief executive officers and four former top civil servants  as the first set of people to be interrogated before the end of the month as part of its investigation into  the firms.

It was learnt that they would be quizzed over N381bn that  was allegedly spent illegally on arms procurement from 2007 to 2015.

A top source in the EFCC, who confided in The PUNCH, said, “All those listed in the first batch will soon be invited to tell the commission what they know. They have questions to answer relating to the contracts.”

The PUNCH gathered that the commission had started the process of recovering the N2.4bn withholding tax from six of the 20 companies.

Our correspondents gathered that the EFCC was working on the recommendations of the committee that withholding tax should be recovered from some companies and individuals involved in arms contracts during the period.

The presidential panel, in its report, recommended that DYI Global Services Limited and Doiyatec Comms Limited should jointly pay N2,260,925,479 as withholding  tax.

According to the report, the Ministry of Defence, between 2007 and 2008, awarded contracts for the procurement of assorted ammunition, 20 units of twin hull boats and six units of ambulances fitted with radios to the two companies.

The report further stated that  the two companies would pay any accruing interest on the amount collected for items not delivered.

It was learnt that the commission would also invite two ex-army officers, Col. A.A. Abubagaji, and Lt.-Col. E.L. Hussaini Boyi, to account for N35,000,000 paid by  Suncraft International Ltd and Singapore Kinetics Technologies Ltd as withholding tax on a contract  for the retrofitting of MK1 fast patrol crafts and procurement of 50 Scorpion fast patrol crafts respectively.

A source in the EFCC said although the Nigerian Army deducted the money from the contract sum, there was no evidence that it was remitted to the Federal Inland Revenue Service.

“Abubagaji and Boyi, who made the payment, will be invited to account for the withholding tax deduction,” the source added.

“There was no evidence of payment of N41,709,832 as withholding tax by the company,” the report  stated.

The panel recommended that TS-Y International Limited should pay N27,452,970 as withholding tax on a contract  for the procurement of spare parts for artillery guns between November 2008 and December 2009 at  the cost of N549,059,400.00

It said a company, Hadassa Investment Security Nigeria Limited, should be probed  for non-delivery of N78,440,090 worth of items and non-payment of N93,090,090 as withholding tax on a contract in  2011 for the procurement of Twin Free Fall and Airborne Training Parachutes for Independent Day Celebration and Airborne Training, respectively at a combined cost of N290,300,000.00

It was gathered that the EFCC was investigating a presidential approval that granted waiver to Barnes and Tubbies for the payment of import duty, pre-shipment inspection and associated taxes for a  N1,081,625,600 contract.

Besides the six  companies which were recommended for  investigation  over alleged non-payment of withholding tax, others that are being probed over the contracts relating to defence equipment procurements include Baram International Nigeria Limited, SEI; Dalfam Nigeria Limited; 2020 Nigeria Limited; Chok Ventures; Clover Nigeria Limited and Westgate Global Trust Limited.