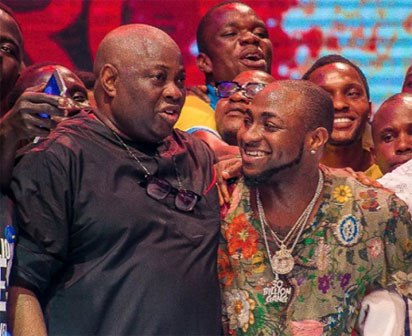 Crashing of Tonto Dikeh’s marriage with her ex husband

Everyone was looking forward to a prosperous new year, but for Tonto Dikeh, the outgoing year kicked off on a sombre note. News of a crack in her marriage started trending as early as January, when she accused her husband of infidelity. The actress sparked further rumours as she took off the title, ‘wife’ and husband’s name, ‘Churchill’ from her Instagram profile. It didn’t stop at that, she went ahead to block his access to her for the sake of her emotional stability, after she called her marriage to Olakunle Churchill a sham. The story dominated the greater part of the first quarter of the year, raising dust and doom, and by June, the marriage finally collapsed like a pack of cards after Tonto Dikeh’s family returned the bride price to the Churchills, signifying that the traditional marriage between their children has been annulled. While the drama lasted, bloggers feasted on it, as it trended like a wildfire on social media. It was one of the moments of the year.

Mercy Aigbe’s face-off with her husband

Another great moment that made headlines and trended for some time on social media was that of Mercy Aigbe and her estranged husband, Lanre Gentry saga. The couple fell out after Mercy accused her husband of infidelity and physical violence which she said affected her sight and caused her to bleed internally for over three weeks. Their story trended side by side with that of Tonto Dikeh. But unlike Tonto Dikeh’s, Mercy’s predicament, however,caught the attention of the Lagos State Women Affairs and Poverty Alleviation Commissioner, Lola Akande, who reportedly dragged Mr. Gentry to court on a three-count charge of domestic violence, assault and threat to life. The 52-year-old hotelier was later remanded in Kirikiri Prisons in Lagos, after failing to show up twice.All the same, Mercy Aigbe has moved on with her life.

News of the sad break up of the Nigerian hip-hop twins, Peter and Paul Okoye of the Psquare fame hit the internet like a wildfire.The singing duo dominated the Nigerian music scene for many years, and they have indeed carved out a niche for themselves. When many thought that they have resolved their differences, having been threatening for some years now to go their separate ways, they took their fans by surprise as they announced their break up, leading to the end of Psquare. Till date, their fans are still clamouring for them to come together again. They believe that their strength as musicians lies in togetherness. But Peter seems not to give a damn as he demanded through their lawyer ,Festus Keyamo for a termination of the agreement as a group. Presently known as Mr. P, Peter has since moved on with his life as well as Paul. An indication that the group is no more was a Snapchat video posted by Peter after break up on Social media, revealing that he was in Philadelphia on his own for a solo show without his twin brother, Paul. “My name is Mr P,” Peter said “As from today, guess what? It’s show time, I’m about to go on stage.” This post came days after his brother, Paul wrote on instagram saying; “Only a woman can come where there’s peace and destroy it”. Before their final break up, the Okoye brothers have been engulfed in war of words on the social media, and this development has confirmed rumours that there have been strains in their relationship over the years.

Dammy Krane arrested in US (June)

Singer Dammy Krane also dominated the social media space throughout the month June, after he was arrested in Miami, Florida for multiple credit card fraud. The singer whose real name is Oyindamola Johnson Emmanuel was arrested alongside another Nigerian, Ilochonwu Chukwuebuka Gabriel in Dade County, Miami and was equally detained for identity theft. The news trended on social media for some time, and made headlines in national dailies. But at the end, Dammy Krane reacted to his arrest via his Twitter handle. @Enterkraner, the singer told his 215,000 followers that, “In weird situations like this, you go start to see, who is with you and who isn’t. No fake love.”

He added, “See ehn… Understanding is a three-edged sword. Your side, my side, and the truth. Make dem talk. “This one, that one, rumor…One time for my fans, new material coming, I go talk everything. God got us, help me say amin o.” Indeed, many believed that it was a publicity slant.

Pop singer Davido was in the news throughtout the year. The death of his friend, Tagbo Umeke, was one ugly incident that almost ruined his career. But Thank God, he was vindicated after he released a statement telling his own side of the story and sharing videos to back up his claims. The story started trending on social media in October, as accusing fingers were pointed at the pop singer. The matter was made more serious following the death of another of Davido’s friend, DJ Olu, son of popular oil tycoon, Dapo Abiodun who was found dead in his car, few days after the demise of Tagbo. The unfortunate incident,however, led to Davido’s cancellation of his appearance at this year’s Felabration. But at the end, the ‘Aye’ crooner walked away a free man.

The reconcilation that happened between Davido and Dele Momodu at the Ovation Carol held penultimate Sunday is monumental. They duo buried the hatchet to the delight of their respective fans after the singer dissed the publisher of Ovation Magazine on a couple of songs. Dele Momodu went on stage while Davido was performing during which they shared a hug and were all smiles. It was one of the greatest moments of the year in the Nigerian entertainment industry.

The Ovation Magazine publisher later posted series of photos with him and Davido on stage. In one of the photos, he wrote “True reconciliation, great joy… God bless DAVIDO… God bless Dr. Adedeji Adeleke for his uncommon maturity… God bless the Momodu family for that simple heart… We are a family…” This comes as a result of Davido having a child with Dele Momodu’s niece, Sophia which led to their difference. Also, worthy of note, is Davido and Wizkid performing together at Wizkid’s concert, which held recently at the Eko Convention Centre in Lagos, putting to rest the over reported supremacy battle between the superstars.

Singer Burna Boy made the headlines late November, after he was accused of ordering Mr 2kay’s robbery attack at Eko Hotel and Suites in Lagos. He was declared wanted by the Lagos State Police commissioner, Edgal Imohimi, after one of suspects arrested confessed he acted under the instruction of the singer. But Burna Boy was not deterred as he vowed to reveal the truth and face the allegations.He has since submitted himself to the Police, and the story trended for some time on social media, making it one of the biggest most read story on the internet. He wrote, “I’ve tried to remain silent because as you all know, plenty talk no dey full basket but Today we go use bucket pack am.

“Lies and politics have surrounded my name this past few weeks but today you will hear the truth and I will start from the truth behind the show “Postponement.”