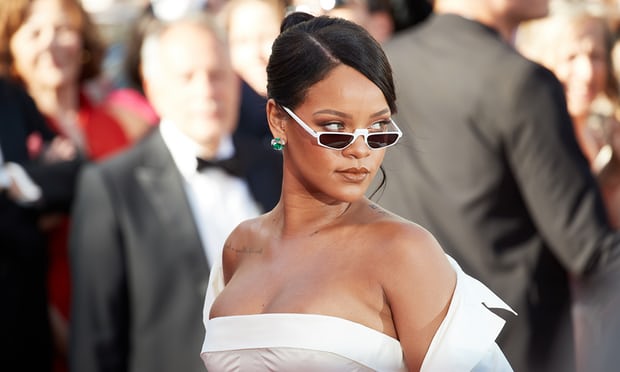 Rihanna has been declared persona non grata by a group of religious organisations in Senegal, who accused the singer of intending to promote homosexuality in collusion with the Freemasons.

The Barbadian pop star is scheduled to attend a conference on eduction in the west African country on Friday alongside the French president, Emmanuel Macron, in her role as an ambassador for the Global Partnership for Education.

But an association of about 30 Islamic associations called No to Freemasonry and Homosexuality have asked the government to cancel her visit.

“Rihanna doesn’t hide it: she’s part of the Illuminati, a branch of Freemasons,” Cheikh Oumar Diagne, a spokesman, told Jeune Afrique, seeming to have picked up on online conspiracy theories about Rihanna’s beliefs.

The singer, Diagne said, was secretly attending a Freemasons’ conference that had been planned for exactly the same dates as the education one but was subsequently cancelled.

Religious organisations are powerful in Senegal, which is over 90% Muslim but is well known for being a tolerant country, where Muslims and Christians celebrate their festivals together.

The Global Partnership for Educationis trying to raise funds for the education of the poorest, most vulnerable children in 65 countries. The GPE has an ambition to reach $2bn a year by 2020 and replicate the successes achieved in global health.

“We’re hoping that the conference marks the moment that momentum shifts globally on education and education financing,” Julia Gillard, the chair of the GPE board and Australia’s former prime minister, said before the meeting. “Over the last few years, there’s been growing global interest in education, particularly girls’ education, but financing hasn’t as yet followed. We need a step change.”

The Senegalese president, Macky Sall, is hosting the conference along with Macron, for whom the trip will be the sixth to Africa of his nine-month presidency. The interior minister, Aly Ngouille Ndiaye, told Jeune Afrique he would ensure the safety of all conference attendees.