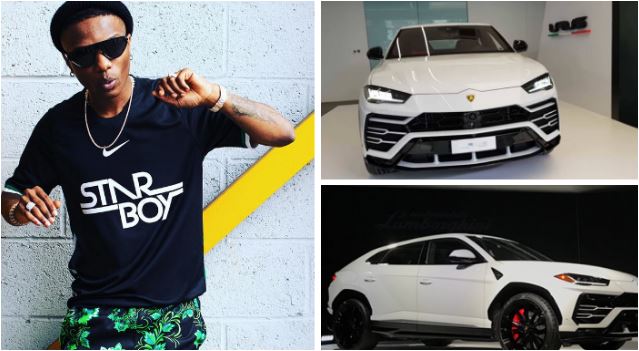 Starboy record boss, Wizkid, has reportedly bought himself a new Lamborghini truck which is said to be worth almost $400,000.

According to a video, which was uploaded on Instagram, Wizkid checks out the interior of the newly acquired Lamborghini, while a friend of his hyped him for acquiring the multi-million naira ride.

Wizkid recently joined a list of highest paid artistes in the world following his performance at a royal wedding in India.

He is said to have performed during a royal wedding at one of the world’s top private residences, Umaid Bhawan Palace, in India.

Wizkid was reported to have been paid 50 million Rupees ($681,200, N245.9 million) to give a live performance, and he got Indians dancing to Soco, Fake Love and more.