It seems that trouble is not over for Rotimi Amaechi, the former governor of Rivers state who is set to be screened by the Senate tomorrow, October 20. 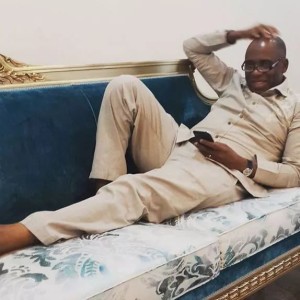 No rest for Rotimi Amaechi

The Committee on Ethics and Public Petitions may have advised a stay of action on Amaechi’s screening.

The committee, which will officially present its report to the Senate tomorrow, made the recommendation based on the difficulty of his case.

One of the members of the committee led by Senator Samuel Anyanwu disclosed that members took into consideration the white paper submitted to it by the Rivers state government, which accused the former governor of corruption.

In addition to that, the senator said the committee considered the advantages and disadvantages of other petitions against Amaechi.

The insider said: “We made some recommendations on the case and that of other nominees. We felt that there should be a stay of action on the screening until some issues are addressed.”

Anyanwu also wondered: “Why are you people al­ways interested in Amaechi’s case? There are other petitions before the committee. We have other ministerial nominees that have been written peti­tions against. All the petitions will be submitted on Tuesday. That is all I can tell you. We are meeting tomorrow to conclude on the final report.

“I am sure that by Tues­day, it will be ready. I cannot tell you what we are going to submit to the Senate. There is nothing I can tell you. By Tuesday, you will hear about the report when it will be pre­sented to the Senate. We ought to have finalised the issue by the weekend. But I travelled to my state. I just came back today (yesterday). Everything will be handled all together. We have invited the nominee from Sokoto state. She will appear before the committee tomorrow (today). Her own report will be ready too by Tuesday,” he said.

Supporters of the former governor who are close friends of President Muhammadu Buhari, are said to have impressed on the senators that denial to screen and confirm Amaechi by the leadership of the Senate will be seen as sabotage.

Seemingly identifying the result of the committee’s probe, Amaechi wrote to the leadership of the Senate counseling it to discountenance the white paper accusing him, saying that it lacked the force of law.

The Senate will on October 20, Tuesday, commence the screening of the remaining 18 ministerial appointees, the majority of whom were in the second list the president sent.