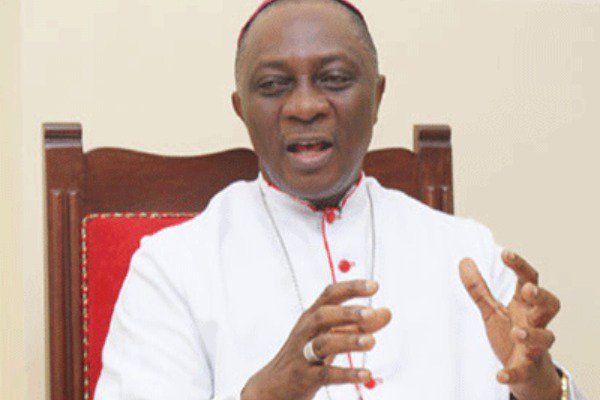 Most Rev Alfred Adewale Martins, Catholic Archbishop of Lagos, says President Muhammadu Buhari should prove to Nigerians that he is not covering corruption allegations against “people perceived to be close to him”.

The clergy man gave the call while speaking with journalists at the Holy Cross Cathedral on activities marking the centenary of the Fatima Apparitions and closing ceremony of Marian Year celebration, which will end with special prayers for the church in Lagos State, on Thursday.

Noting that Nigeria under the current leadership can be likened to a sheep without a shepherd, Martins urged Buhari to reciprocate the goodwill it enjoyed from Nigerians who generously voted him into power in 2015 based on the change mantra.

Martins urged the Buhari-led government to thoroughly investigate all cases of corruption irrespective of who was involved.

According to him, “The onus is now on President Buhari to prove to the entire world that he is sincere about the war against corruption and not covering reports of corruption allegations against people perceived to be close to him.

“The economy of the nation is yet to find steady growth, there are agitations all over the nation calling for change in the mode of governance.”