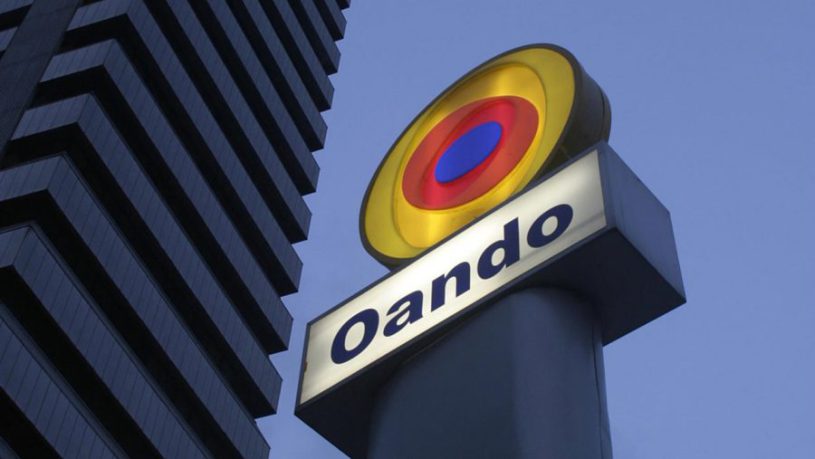 The raging fire in Oando PLC smouldered for several months before exploding on Wednesday when the capital market regulator, the Securities & Exchange Commission, SEC, stepped in to order a forensic audit of the company’s affairs.

The commission said the allegations were sufficiently “weighty” to deserve investigation, to preserve all shareholders’ interest.

Consequently, a full technical suspension in trading on Oando Plc shares kicked off on Wednesday till further notice.

The crisis, which loomed for several months, only erupted around June in the run-up to the company’s annual general meeting in September.

Although the aggrieved shareholders opposed the meeting and demanded the resignation of the Group Chief Executive Officer, Wale Tinubu, his deputy, Mofe Boyo, and the board of directors still managed to hold the meeting in Uyo, amid protests.

But, it was a temporary respite.

The company’s financial statement by the auditing firm of Ernst & Young for the year ended December 31, 2016, presented at the meeting, was pretty damning.

The statement appeared to have confirmed the fears of the concerned shareholders, as details established the material uncertainty of the company as a going concern.

Apart from a comprehensive loss for the year of N33.9 billion, against N56.6 billion in 2015, the statement said the company’s current asset exceeded current liabilities by about N14.6 billion (N32.8 billion net current liability in 2015).

“These conditions, along with other matters, indicate that a material uncertainty exists that may cast significant doubt on the company (and Group’s) ability to continue as a going concern. Our opinion is not modified in respect of this matter,” the statement signed by Yemi Odutola said on behalf of the auditing firm.

The president of Renaissance Shareholders Association, Femi Timothy, noted that the uncertainty about the company’s situation was fuelled by the trend of management activities in recent times, particularly the disposal of several of the company’s critical assets in the name of consolidation.

The House of Representatives Committee on Capital Market then asked SEC to investigate alleged mismanagement at the firm.

The National Coordinator of Trusted Shareholders Association, Muhktar Muhktar, had accused the management of financial impropriety and mismanagement of shareholders’ investment for personal gains.

“The annual report is there for everybody to see,” Mr. Muhktar said. “For three years, the financial operations of Oando Plc have been worrisome on critical matters affecting our investment. No dividends have been paid since 2013 financial year.”

He said some of the concerns investors have about critical financial management of the company included the inability of Oando management to service its obligations, amid accumulated losses of over N159 billion in the group’s 2016 balance sheet.

Apart from the issue of gross abuse of corporate governance and financial recklessness, one of the petitioners said the company’s shareholding structure was distorted in the wake of the acquisition of ConocoPhillips Nigeria.

One of the petitioners, Dahiru Mangal, contended that he held about 17.9 per cent the company’s equity. But, the management said only four per cent is captured in the shareholders’ register with First Registrars & Investor Services Limited.

The company said the identities of the beneficial owners of the balance of 13.9 per cent Mr. Mangal claimed he owned were yet to be disclosed in accordance with Section 95 of the Companies and Allied Matters Act, Cap. C20 LFN 2004.

The other petitioner, an Italian born Nigerian businessman, Mr. Volpi, said he owned 61.9 per cent equity in the company, making both of them owners of nearly 70 per cent of Oando shares, sufficient to make them majority shareholders.

Mr. Volpi, said to have links with Intels West Africa Limited, the oil and gas logistics company, said he invested about $700 million in 2012 as a joint owner of Ocean and Oil Development Partners, OODP, the largest shareholder in Oando.

Besides, he said he contributed equity investment through OODP as the holding company in the British Virgin Islands, to facilitate Oando’s acquisition of ConocoPhillips Nigeria assets in 2014.

The Italian, who said he accounted for $900 million out of the total $1.5 billion for the deal, accused Mr. Tinubu, and his deputy, Mr. Boyo, of financial mismanagement.

Ocean and Oil Development Partners Limited, OODP owns 6,734,943,086 (about 55.96 per cent of the number of shares) in the company with Mr. Francessco Cuzzocrea as director of OODP, until last year.

But, the two have continued to deny allegations of mismanagement against them.

They argued that despite the decline in global commodities market since 2014, the company’s performance in 2016 ”bettered the 2015 results in both the upstream and downstream sectors of the industry.”

Mr. Tinubu said concerns raised by shareholders at the AGM over the “debt reduction,” “cost management” and “general operations” of the company were already being addressed.

He said the $900 million debt when the Conoco-Phillips acquisition deal took place has been reduced substantially by $600 million within three years, with current debt liability at about $300 million.

Mr. Tinubu, however, said disagreements between him and the Italian stemmed from about $80 million loan he got from him to acquire a stake in OODPL, which is currently before an arbitration panel.

With the technical suspension of trading on its shares on both the Nigerian Stock Exchange and lately, the Johannesburg Stock Exchange, the company is bound to stretch its loss in the coming days till the matter is resolved.

However, most analysts say what is clear is that even when the matter has been resolved, all would not be the same with an indigenous company that showed such enormous capacity to play in the highly competitive industry dominated by multinationals.

Oando Plc is an integrated energy company with strategic investments through its subsidiary companies, namely Oando Energy Resources Inc, the exploration and production arm and other E & P companies operating within the Gulf of Guinea