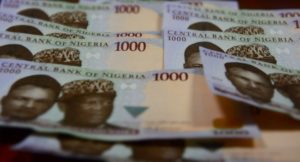 Banks faced a big challenge in growing deposits in 2015, which is a reflection of the loss of public sector deposits in the year. The redirection of all public sector accounts from banks to the treasury single account domiciled in the Central Bank is a huge liquidity loss to the banking system.

Part of the funds ought to flow back to banks in the normal course of economic activities but this isn’t happening much as government spending has slowed down considerably. Eight of the top 10 banks by deposit base lost customer deposits in the year. That hampered growth in the asset side of the balance sheet. Loss of deposits has continued into the current financial year.

FBN Holdings retains its number one position as the largest custodian of customer deposits in Nigeria with a deposit base of about N2.97 trillion at the end of 2015. This is a decline of 2.6% from the preceding year’s figure. There has been a sustained slowdown in the bank’s deposit growth before it registered a decline last year.

Zenith Bank maintains its 2nd position on the top 10 banks by deposit base with N2.56 trillion at the end of 2015. It recorded a flat growth after a slowdown in the preceding year – one of the two banks on the table that was able to at least keep its deposits from declining.

United Bank for Africa defends its 3rd position on the chart with a customer deposit base of N2.08 trillion. This is a decline of 4.1% from the preceding year’s figure extending from a flat growth the year before.

Access Bank changes the leadership structure by climbing two clear steps ahead to become Nigeria’s 4th largest bank by deposit base. It defied the declining industry trend in the year and registered a growth of 15.7% in customer deposits to over N1.68 trillion at the end of 2015, pushing GTB and Diamond Bank out of positions on the industry league.

Guaranty Trust Bank steps down from the 4th place and settled on the 5th position with a customer deposit portfolio of over N1.61 trillion. It closed last year with a marginal decline in customer deposits after a slowdown in the preceding year.

Diamond Bank moves one step down to stand on the 6th spot on the ranking, having vacated its previous position for GTB. It registered one of the biggest margins of deposit losses in the year, dropping 17.4% to over a little over N1.23 trillion in 2015.

Seventh on the ranking is Ecobank Nigeria, which retains its position with a customer deposit portfolio of nearly N1.22 trillion. It recorded one of the least margins of deposit losses at 2.7% after raising deposits by 12% in 2014.

Fidelity Bank follows on the 8th seat, advancing from the 9th position last year. It unseats Skye Bank with a customer deposit portfolio of about N770 billion. This is a decline of 6.1% in 2015 extending from a rapid deceleration for the preceding three years running.

Skye Bank takes the 9th position with a customer deposit base of over N753 billion. The bank suffered the highest margin of deposit losses among the top 10 members with a drop of almost 21%.

FCMB Group’s position is unchanged as the 10th largest bank by customer deposits. It closed last year’s trading with a customer deposit base of slightly over N700 billion – a decline of 4.6% extending from three years of sharp deceleration.