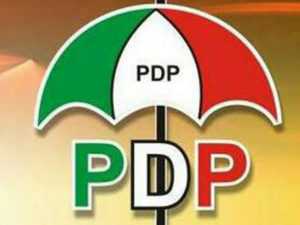 The Peoples Democratic Party has said that it is on a mission to rescue Nigeria from ‘the confusion and strife’ the All Progressives Congress-led government imposed on the people.

Chairman, Publicity Sub-Committee of the PDP’s National Convention Committee, Chief Onyema Ugochukwu, stated this in a statement in Abuja on Monday.

The convention, where national officers of the party are to be elected, is expected to hold in Port Harcourt, Rivers State on Wednesday.

Ugochukwu also pointed out that in one year of APC-led government, Nigerians were already yearning for the return of the PDP to power at the centre.

He said that the PDP would continue playing its role, after the convention, as the main opposition party by providing alternative governance and remaining a solution-driven political party to help the government in power.

He added that the party will reposition itself to regain power in 2019 for the common good of the nation.

He said, “The successful outcome of the August 17, 2016 National Convention will usher in fresh leaders that will manage the affairs of our great Party, the PDP, in order to rescue Nigerians from confusion and strife that the APC led government has imposed on all of us.

“In only one year of APC led government, Nigerians are yearning for the return of the PDP to power given the fast disappearing democratic gains the Party achieved in 16 years of its administration.

“It is noteworthy that all the values associated with our great country as the giant of Africa and the fastest growing economy in Africa is being eroded.

“Just last week, South Africa has overtaken Nigeria as the biggest economy in Africa; herdsmen attack and kidnapping is becoming more prevalent; ethnic and tribal agitation for self-determination is on the increase; and the government of the day is helpless in providing solution to all of these numerous problems bedeviling our dear Nation.

“We are ready to make amends as a party and we are working with all stakeholders across
the country to restore our past glory.”

He advised the delegates to vote for the candidates of their choice.

As at press time, 90 aspirants are contesting for various positions in the convention.

It was also learnt that six aspirants are vying for the office of the National Publicity Secretary.

As at the time of filling this report, screening of aspirants was ongoing at the state party Secretariat, Aba Road, Port Harcourt, Rivers State , while screening appeal will begin on Tuesday.