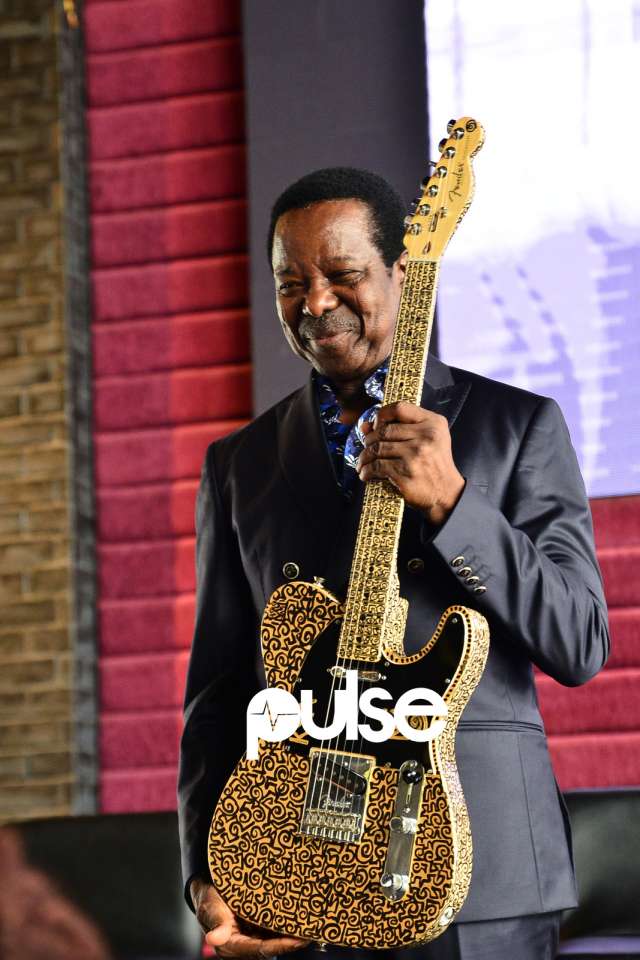 King Sunny Ade needs no introduction but when he decides to step out with his five wives then that’s big news.

King Sunny Ade was at an event recently and turned up with not just one but five of his wives. The king and his queens looked smashing for the ‘gram.

KSA shared the epic photo his Instagram page on Wednesday, January 17, 2018, with the caption“#KSA My Women Crush Wednesday #KingSunnyAdeMusic #OloriLaafin.”

This is a rare photo of King Sunny Ade and his wives. He is known to live a very private life. On the music front, King Sunny Ade is one of the most famous Nigerian musicians of all time.

The event which held at Hard Rock Café, Oniru, Lagos had KSA donate rare items from his collections including a vintage Fender Guitar, shoes and album cover.

In June 2016, King Sunny Ade joined the growing league of broadcast media owners when he unveiled his own radio station in Ondo state.