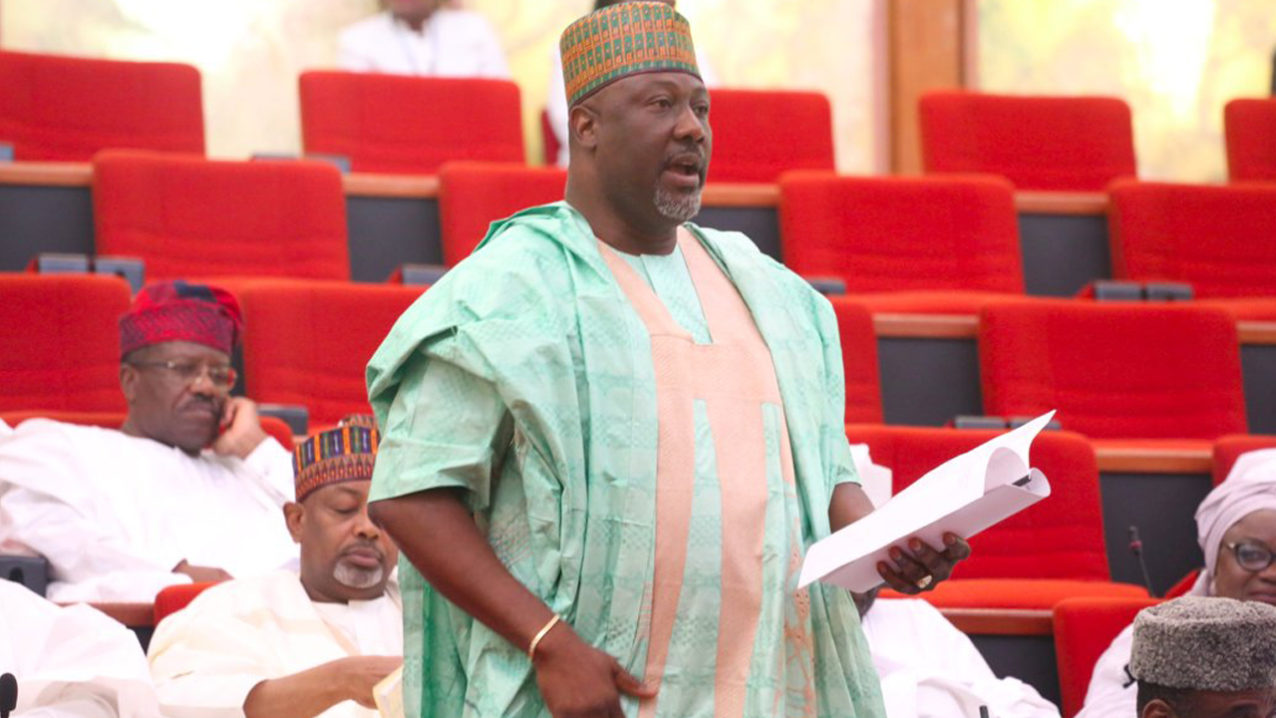 The Senate is set to commence an investigation into an alleged $1.35 billion fraud in the power sector.

The upper chamber yesterday asked Senator Dino Melaye (APC, Kogi West) to present a substantive motion on what it called a series of financial abuses in the sector, particularly since 2015.

Citing Order 42 of the Senate Standing Rule, Melaye had requested that he be allowed by the Senate to present a motion containing the details of how $1billion Eurobond raised in 2013 to fund key power projects was allegedly stolen.

He also asked that he be permitted to brief the Senate in detail how another $35 million set aside for Afam Fast Power Project was allegedly spent by officials of the Ministry of Power without appropriation and feasibility study.

The development portends two things: It is either the cold war between the Executive and Legislature is still lingering or the National Assembly has now fully come alive to its responsibilities of oversighting the activities of the Executive arm of government.

Melaye declared: “In July 2013, the Federal Government raised $1billion from Eurobond issue from which $350 million was given to NBET (Nigerian Bulk Electricity Trading (NBET) Plc) in 2014. This money was stolen in instalments .”

The lawmaker further stated: “Sometime last year, again, the Ministry of Power came up with an idea of a project they called Afam Fast Power. This project is supposed to build new generating plants to add power to our grid.

“There are a few questions we need to ask and that is why I need the nod of the Senate to bring a substantive motion on the next legislative day.”

Melaye told his colleagues that “up till date, there is no detail on building new generating plants or a feasibility study. There is no appropriation by the National Assembly for these projects.

“The ministry has spent so far $35 million on the Afam Fast Power Project which has no appropriation or detailed feasibility study. How and when was this money appropriated? We need to find out. How was $29million purportedly paid to General Electric for turbines when $6 million was paid to others?”

According to Melaye, “We need the Senate to investigate this after moving a substantive motion. I ask this house to give us the opportunity to continue with the true anti-corruption fight of the Federal Republic of Nigeria.”

When the Senate President, Bukola Saraki, put the question to vote, there was no single voice of dissent as all senators present unanimously voted in support of the planned investigation.

Also yesterday, Saraki warned the Inspector General of Police, Ibrahim Idris, against disregarding invitations from the Senate, particularly when they relate to allegations of corruption.

According to him, it is not right for the police boss as the country’s chief law enforcement officer to continue to treat the law with contempt.

Ruling on a motion brought before the upper chamber by the ad-hoc committee probing allegations of corruption against the IGP, Saraki maintained that no person or institution could stop the Senate from carrying out its constitutional duties.

“As the chief law enforcing officer, one will expect that he (IGP) should know what the law is …

“And I think that he is best advised to follow the law and ensure that he has nothing to hide, and come and appear like anyone else before the committee,” Saraki stated.

The Chairman of the ad-hoc committee, Francis Alimikhena, had raised a point of order informing the Senate that the committee had given the police boss grace to appear before it on Tuesday, following his absence from Wednesday’s investigative hearing.

At the committee’s hearing on Wednesday, Alimikhena had threatened to issue a warrant of arrest on the IGP if he failed to appear before it on Tuesday, 7th November, 2017.

Disappointed by the absence of the IGP, the committee declared that the excuse given by him was invalid.

The IGP had written to inform the panel through his lawyer, Alex Izinyon (SAN), that he had instituted cases in court on the matter, adding that appearing before the upper legislative chamber on the subject matter would be sub-judice.

But in a swift reaction, the committee chairman said the issues for which the police boss was invited preceded the court cases.

“Most of the allegations levelled against him (IGP) and virement were not part of what they went to court for. This committee was constituted before the IG went to court, the court case will not deter our committee because following the principles of separation of powers, no court can stop our committee.

“By Section 89(c) and (d) of the constitution, we are still going to invite the IGP to appear before us to answer specific questions like virement of 2016, 2017 appropriation acts, and oversight functions.

“So, I just want to let you know that the Inspector General of Police will not be appearing this afternoon (Wednesday) but we are going to write him again to appear before us on Tuesday next week. Otherwise we will be forced to invoke Section 89(c) of the constitution”, Alimikhena told journalists at the panel’s hearing on Wednesday.

The allegations made by the Chairman, Senate Committee on Navy, Isah Misau against the IGP include fraudulent deployment of policemen in private organisations, special promotion racketeering by the IGP and the Police Service Commission, favouritism in promotion/appointment of police commissioners and corrupt postings/transfers.

Similarly, the House of Representatives yesterday resolved to constitute an ad-hoc committee to investigate the alleged non-remittance of funds by the federal, state and local governments into the Nigerian Social Insurance Trust Fund (NSITF) from 2010 till date.

The resolution was sequel to the passage of a motion by Babatunde Kolawole (Ondo APC) titled: “Need for investigation of the non- remittance of contributions by the federal, state and local governments into the NSITF) from 2010 till date.”

While moving the motion, the lawmaker said the National Assembly had passed into law the Employee Compensation Act in 2010 to provide an open and fair system of guaranteed and adequate compensation for all employees or their dependents for any death, injury or disability arising from, out of or in the course of employment, and rehabilitation to employees with work-related disabilities.

According to him, “by section 33 of the Act, every employer shall, within the first two years of the commencement of the Act, make a minimum monthly contribution of 1.0 per cent of the total monthly payroll into the fund and subsequently, payment will be based on estimates of the employer.

Private sector players have, to a reasonable extent, been complying with the provisions of the Act, particularly in view of Section 16(6)(d) which makes it mandatory for bidders to have fulfilled all obligations to pay taxes, pensions and social security contribution.”

The lawmaker, however, expressed regrets that the federal, state and local governments have all failed to make payments of their contributions to the NSITF despite the mandatory provisions of the Act.

Kolawole said by failing, refusing or neglecting to pay the statutory contribution to the NSITF, government at all levels were not only violating a law of the land, but were equally exposing the vast majority of the Nigerian workforce to uninsured and uncovered risks and occupational hazards.