A Twitter user has narrated how a woman called the police to arrest a restaurant manager for locking her and her friends in the restaurant when they ate and refused to pay.

The Twitter user said one of the women is dating the owner of the restaurant so she comes often and eats without paying.

However, she started coming with two friends to eat for free and the restaurant manager had a problem with this.

The last time they came to eat and refused to pay, the manager told the women they have to pay before they’ll be served.

The girlfriend of the restaurant’s owner allegedly got offended and slapped the manager and this led to chaos as the manager locked the doors and refused to let the women leave.

When the owner of the restaurant came, he scolded his girlfriend and pleaded with his manager.

However, the following day, one of the girls returned with police to arrest the manager, claiming he pushed and “kidnapped” her.

The manager was released on bail and is now threatening to arrest his boss’ girlfriend. 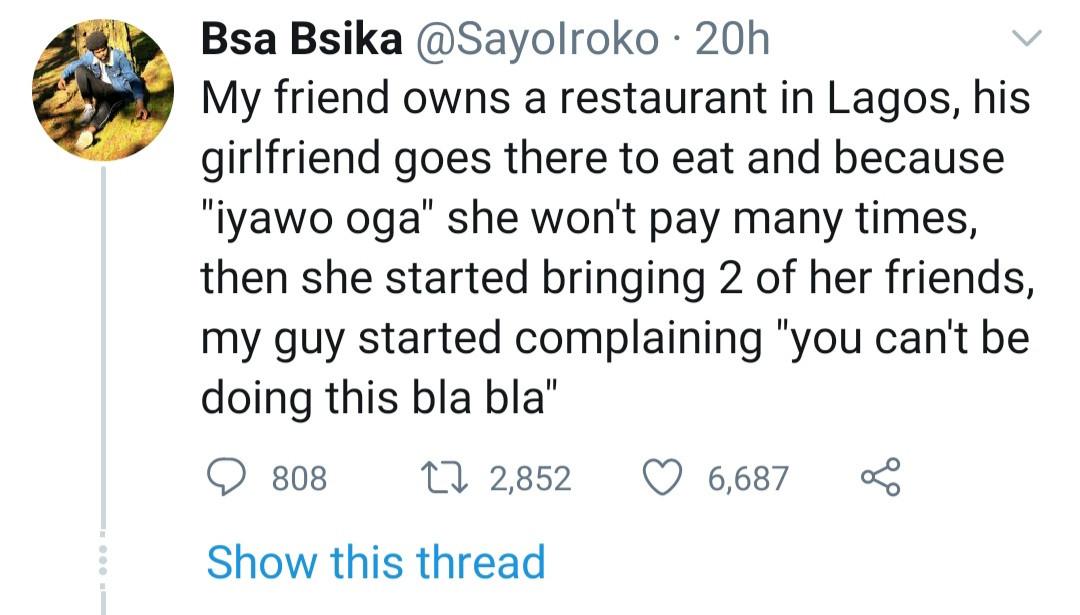 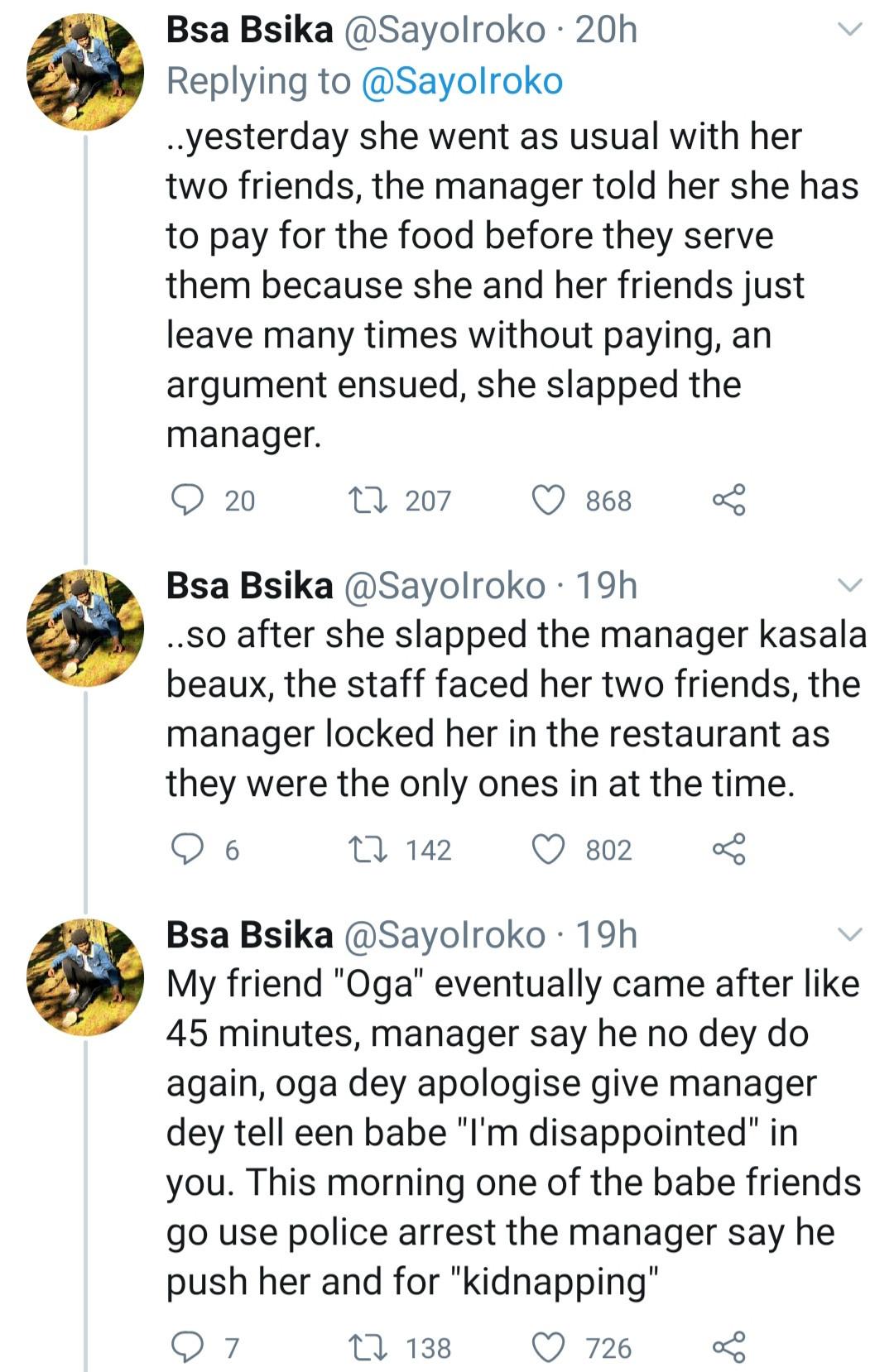