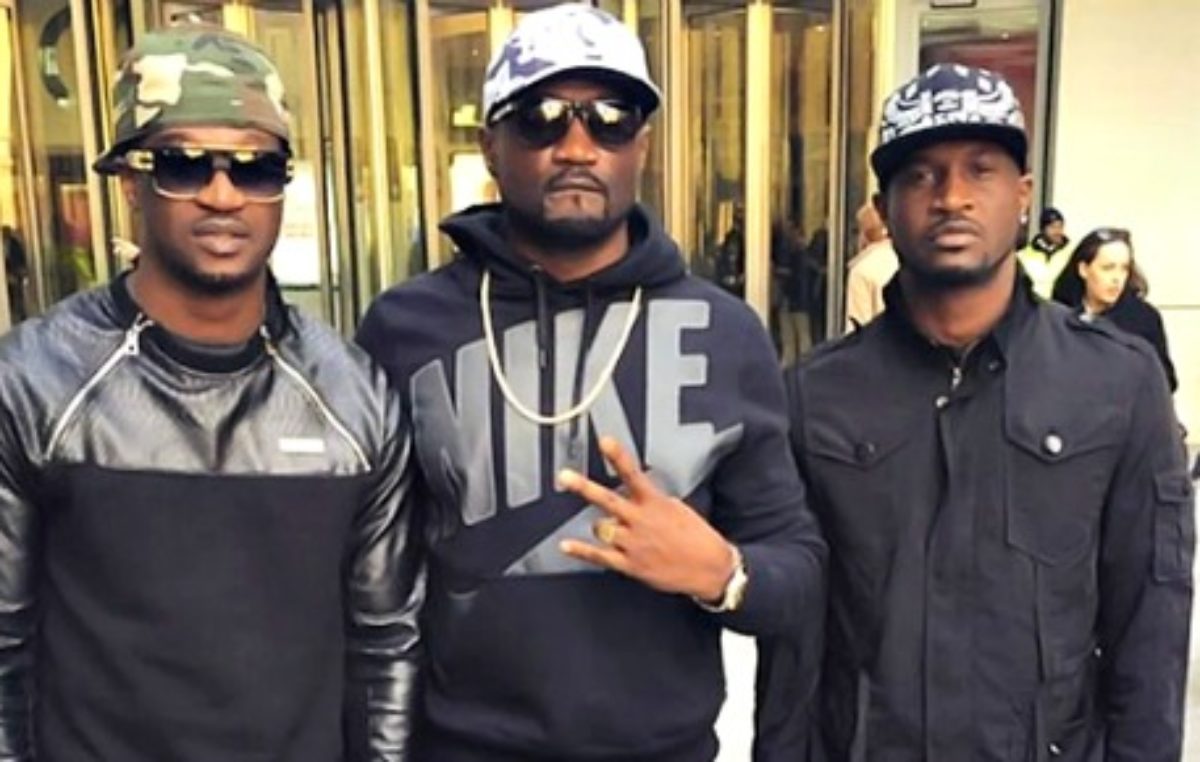 A video of Paul and Peter Okoye of P-Square, along with their brother and manager Jude Okoye in a disagreement in their lawyer’s office has been released.

News had surfaced on Sunday of the group’s intention to disband, after a letter Peter wrote to their lawyer Festus Keyamo asking that their contract be terminated was released.

The video shows Jude threatening to beat up Peter, who was behind the camera. Paul also featured in the video, telling Peter, “Shame on you.”

Paul, responding to the release of the video on Twitter, wrote:

“Wow!!!! And he finally released the all mighty video lol”