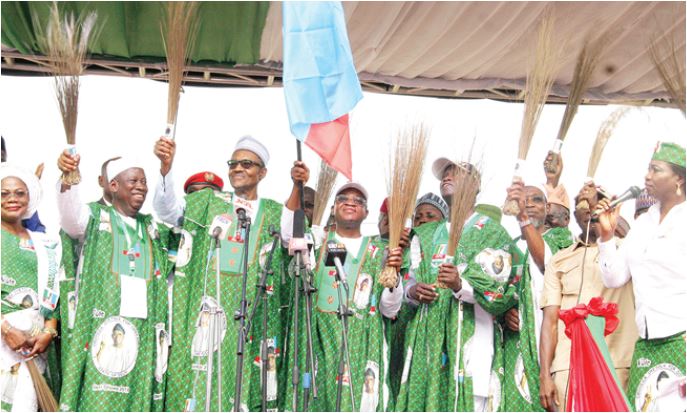 The Senior Special Assistant to President Muhammadu Buhari on National Assembly matters (House of Reps), Hon. Suleiman Abdulrahman Kawu Sumaila has described as unfortunate the defection of some aggrieved aspirants of the All Progressives Congress (APC) to other political parties in Kano state and other parts of the country.

In a statement in Abuja, he called on the party’s leadership to swing into action to prevent other aggrieved aspirants from joining other political parties as the 2019 elections approach.

Kawu, who is a major aspirant for Kano South Senatorial District on APC platform, said though the defections were regrettable, it was as a result of the perceived injustice meted out on the aspirants by leaders of the party.

He said a situation where aspirants witnessed lack of due process and adherence to the party’s guidelines in the just concluded primaries would lead to such unfortunate development.

It will be recalled that about 300 aggrieved aspirants of the party in Kano state as well as many others in some parts of the country left the APC and joined other parties.

“I must say that for us to lose such people at this time, it is really a great political loss. It is highly regrettable that leaders of the party allowed things to go the way they did.

“I am pained beyond imagination over this sad development, but in democracy, everybody has the right of choice. It is their right, which they have exercised.

“APC was formed to provide level playing ground for Nigerians, but it was taken over by money bag and power-drunk politicians.

“Internal democracy is something that shouldn’t be taken lightly. I believe despite what happened during the primaries, there was still room to make amends. But the party leadership seemed to have done very little to stop this kind of situation.

“You can’t treat people unjustly and expect them to fold their hands and look at you. We are all witnesses to the way the primaries were conducted in Kano State. There is need for us to follow the rules we set for ourselves in conducting our affairs.

“We can only achieve the objectives of APC if we build our house with solid foundation. Nigerians should not be taken for granted.

“I believe those that left the party felt that they were treated unfairly and unjustly. That shouldn’t have happened because as a party, there must be an internal mechanism of resolving such issues,” he said.