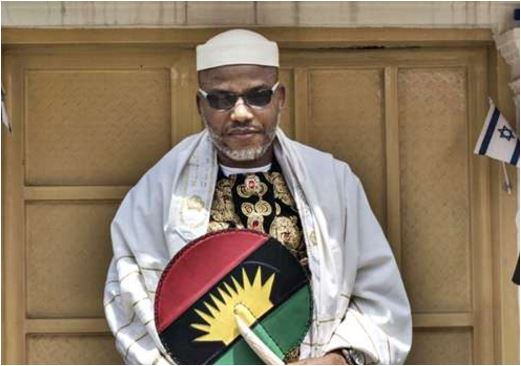 The Presidency has reacted to the reemergence of Nnamdi Kanu, self-acclaimed leader of separatist group, Indigenous People of Biafra (IPOB).

Kanu resurfaced in a video on social media after a year in hiding, quelling insinuations that he might have been killed by the Nigerian Army.

In a video, the IPOB leader promised to bring back hell with him upon his return to Nigeria from Israel.

“If it happens to be true, the video footage showing Mr Nnamdi Kanu; the truth has been revealed about his alleged assassination against Nigerian government,” Shehu said.

“This fairy tale went up to United Nations General Assembly where some IPOB members staged a protest accusing Nigeria government of kidnapping and even killing of Mr. Kanu,” Shehu added.

The Presidential aide noted that Kanu’s trial will resume upon his return to Nigeria.

Meanwhile, the Department of State Service (DSS) has denied aiding Kanu’s escape from his Umuahia home in September 2017.