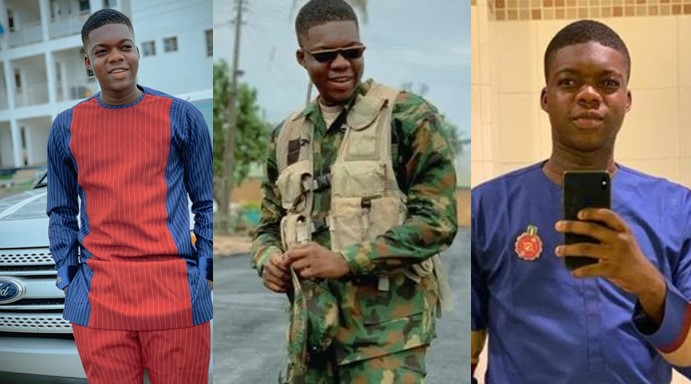 After facing disciplinary actions for going against the Armed Forces Social Media Policy on a number of occasions, Abdulgafar Ahmad, popularly known as Cute Abiola, exited the Nigerian Navy after tendering his resignation, Friday.

His announcement came hours after the Governor of Kwara State, Abdulrahman Abdulrazaq appointed him as his Special Assistant on Creative Industries.

Designated as an OSCOMP in the Nigerian Navy, the young officer posted on his official Facebook account that his exit was actually approved by the Chief of Naval Staff.

The 26year old Cute Abiola went on to say that the reason for his exit is that he needs to focus more on his career as an entertainer, having come a long way in the entertainment industry.

He maintained that his years of service in the Nigerian Navy imbibed values of discipline in him, thereby equipping and preparing him for the future.

Hear him: ‘I deeply appreciate the Nigerian Navy for giving me the unique opportunity to imbibe discipline through a regimented procedure in the areas of career development, moral values, and work ethics, to mention but a few. I can dauntlessly say that I have the required intelligence and human development finesse to continue to live a prosperous life.’

He expressed his appreciation to the Chief of Naval Staff, Vice Admiral Awalite Zubairu Gambo and his senior colleagues for all the parts they played towards his career growth, even as he lauded the Nigerian Navy for playing a good part in in the growth of his career.

He was however released in December after facing trial and supervised manual labour in the barracks. He is not new to controversies as he has been arrested by the Nigerian Navy on several occasions.

He became a household name in 2015 and has taken part in many comedy skits with many popular skit makers, including Broda Shaggi and Mr Macaroni. He has also featured in some movies.