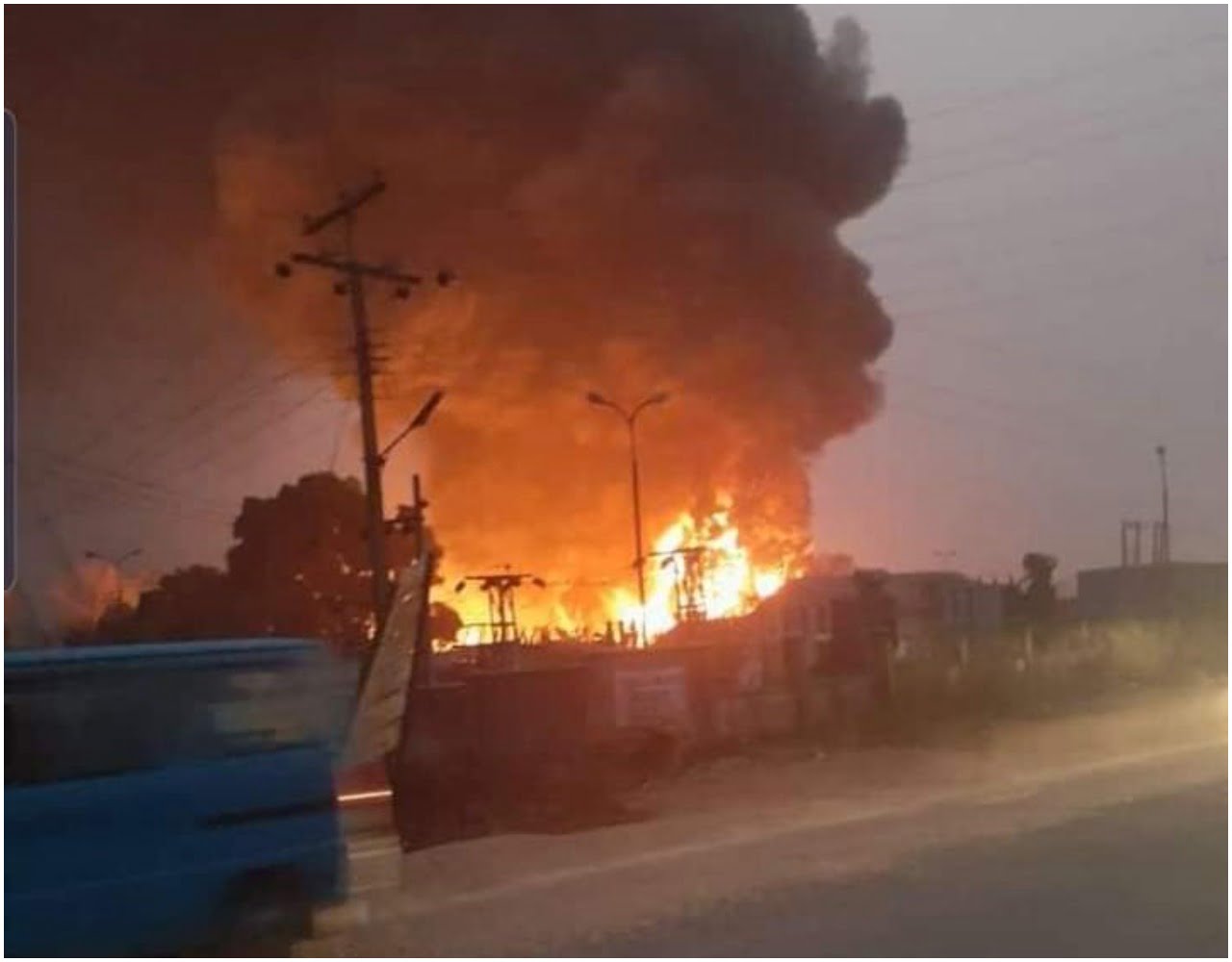 The cause of the Osun Fire outbreak that gulped two buildings in Alekuwodo in Osogbo, where property worth millions were gutted by the inferno has been discovered.

According to the Public Relations Officer of the Federal Fire Service in Osun state, Lilian Tokode, the fire was caused by electricity surge.

Firemen of the Osun state fire service also said that part of the reason why there was a great level of damage during the inferno was that there was a delay in reaching the venue because getting access to roads leading to the Osun fire outbreak from multiple fronts couldn’t be reached due to its deplorable state.

The Public Relations Officer of the Osun Fire Service, Ibrahim Adekunle also confirmed that firemen could not access the affected buildings from the back because of poor layout which largely frustrated their efforts to quench the fire.

He noted that even though the fire had been put out,  the residents in the area should stay away from the affected buildings because of imminent collapse.

Speaking to Newsmen, the Operational Commander of the Federal Fire Service in Osun State, Isaac Adejobi, stated that his men were contacted around 2.30am after the residents found it hard to quench the fire by themselves.

His words: ‘We arrived at exactly 2:30am after receiving a distress call. The fire must have started earlier and no one called us until 2:30am. Our office is just about 2km away and we turned out immediately we got the call.

“People were fighting the fire on their own before calling fire service. It was when the fire was beyond their control that they called us.’

The Osun state government, however ended up demolishing two floors marked from the two buildings by the fire at the Akindele Market, Akekuwodo Oshogbo much later, same day.

The midnight inferno, having burnt for a while before the arrival of the fire fighters, completely caused absolute destruction.

Governor Gboyega Oyetola visited the scene on Thursday and sympathized with the affected victims after inspecting the extent of damage.

Senator Ajibola Basiru also visited the scene to express his sympathy to affected victims and residents of Alekuwodo.

He said: ‘I was also informed that Mr Governor, Alhaji Gboyega Oyetola was here earlier and because the fire was still raging in the building, he had to instruct that the entire building be demolished and that’s why they brought excavators to be able to ensure that the demolition is controlled.’

‘I believe that the government will investigate as it requires to know the cause of the incident and prevent future occurrence. I will get across to the owners of the building so that I can commiserate with them.’

‘1 have commended the efforts of the Federal and State Fire Service and supported them with some palliative since they had been here since morning. I believe the incident is unfortunate since it has affected the means of livelihood and property of other people. We will see what can be done to see that this kind of occurrence doesn’t happen in the future,’he concluded.