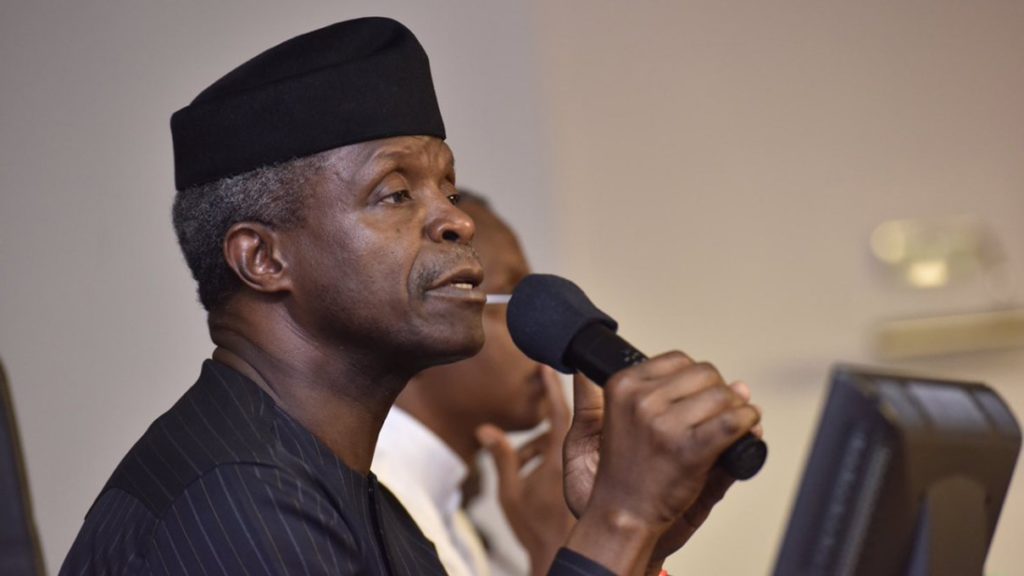 Vice President Yemi Osinbajo has taken responsibility for granting authorisation to the NNPC for two oil contracts worth N640 billion.

A statement by presidential spokesperson, Laolu Akande, said Mr. Osinbajo approved the contracts in his capacity as acting president in July.

The admission comes a day after PREMIUM TIMES amplified a curious part of the NNPC response to the Minister of State for Petroleum, Ibe Kachikwu’s allegations on Monday.

The NNPC had stated in the response that two presidential approvals were granted to the NNPC for contracts with Shell Nigeria and Chevron at the rate of $1 billion and $780 million respectively.

But when PREMIUM TIMES reached NNPC and the presidency for clarification on Tuesday, they could neither confirm nor deny at the time.