As activities for the March 9 2018 formal declaration of the intention of Senator Babafemi Ojudu to compete for the ticket of his party, the All Progressives Congress (APC) in the governorship election coming up in Ekiti on July 14th 2018 gain momentum, the Special Adviser to the President on Political Matters has launched a website with a first of its kind Political Crowdfunding platform in Nigeria.
The website- www.babafemiojudu.net – launched today and is already seeing unprecedented traffic from far and wide.
The website welds the story of the internationally acclaimed journalist, astute politician and one of the leaders of the APC in Ekiti, with his legislative and executive experiences as well as his vision for transforming Ekiti into ‘a prosperous State where Life is More Meaningful for the People’.
Keeping in line with Senator Ojudu’s penchant for the unusual and his desire for a people-oriented movement, a first of its kind crowdfunding platform was also launched on the website. This platform enables well-meaning Ekiti sons & daughters, friends, as well as well wishers to begin to support the campaign materially, thereby “owning it from day one”. 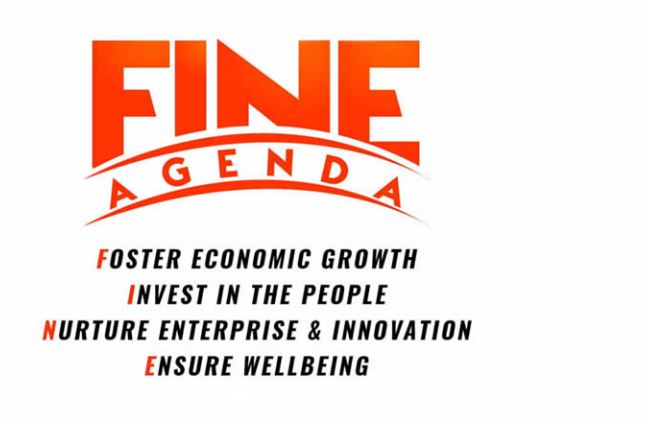 The Presidential aide expressed optimism that through the website, which also links seamlessly with the viral social media networks of his campaign, would afford the young people in Ekiti as well as voters of all ages to directly engage with him. A monthly media chat on his Facebook Page (BabafemiOjudu 2018) which saw almost  3,000 views on its debut especially within Ekiti and its Diaspora has already been launched. The recently unveiled Manifesto tagged the F-I-N-E Agenda also features prominently on the website to ensure that the formula of combining knowledge and enterprise to yield development and prosperity is carried to all nooks and crannies of the world where Ekiti sons, daughters and well wishers reside.
This website and crowdfunding platform launch establishes Ojudu’s desire to connect with all strata of Ekitians, as he embarks on the mission to salvage Ekiti with the Ekiti Rebirth Organisation (ERO) and other stakeholders who sincerely believe that indeed a positively different Ekiti is possible!
The pictures of the grassroots movement and live video feeds would going forward be integrated to this dynamic platform that will not only inform, but also mobilize and engage the people of Ekiti who are the true owners of the campaign.
Signed:
Engr. Michael O. Oluwagbemi II
Team Lead, Technology & Innovation,
OJUDU 2018 Working Group.
QUICK SHARE: