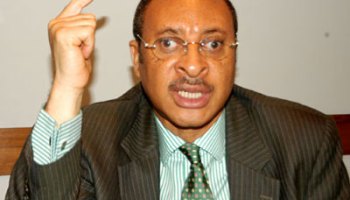 WRITING my weekly column is increasingly difficult not for lack of events to analyse; rather, because I am all at once incensed by the level of political mischief at work in Nigeria and horrified by the gullibility of our people.

Any doctored image on social media, or any lie told by corrupt elements of our society, holds sway. No wonder the military killed public health and education: how can a nation think critically when it has been deprived of the backbone of modern civilisation?

So many of the questions we find ourselves debating should have been resolved long ago if not for the innate selfishness of the political class which refuses to apply logic and credible, lasting solutions to issues, therefore ensuring there is always room to manipulate a largely uneducated underclass.

We resent each other, like I said last week, because we are all competing for scarce resources and the fire is fanned by politicians who know the right thing to do, who know why as a nation we are still so poor despite our immense natural and human resources, but refuse to act so that we continue to fight each other rather than realise who our common enemy is.

Femi Falana advised the government not to call the plan to establish ranches “cattle colonies” because this promotes the impression that the herdsmen plan to “colonise” (or “Islamise”) Nigeria. I am surprised this did not occur to the information managers close to government. In other climes, statements are tested, and modern polling is used to determine how sensitive policies will be received, therefore, determining how they will be communicated.

Obviously, sensitivity has never been any government’s forte in Nigeria. In fact, the more obnoxious or tactless a government behaves, the more its members appear to conform to the idea that “big men” don’t listen and don’t have to. Femi Falana’s statement reminds us that a year ago, the Minister of Agriculture, Audu Ogbe announced that 11 state governments and the Federal Capital Territory had voluntarily partnered with the Federal Government to provide 55 hectares of land for the creation of ranches.

For unknown reasons, this plan was abandoned, which enabled the farmers vs. herdsmen clashes to re-occur as the solution to their conflict was curiously not enacted despite the announcement. In the same vein, one could also point to the clean-up of the Niger Deltan environment which was allegedly stalled despite much fanfare during the announcement of the exercise. The question is why? Why does government sabotage its own efforts?

Because of this, a plethora of groups spring up to agitate for development and hold the rest of the country to ransom, intensifying the hate and suspicion we all have of one another. Furthermore, why haven’t the security agencies arrested the perpetrators of terror despite allegations that they are known to them? Vice-President Osinbajo recently announced a committee to investigate the funding behind acts of terror. The trouble with announcements without a record of conclusive action is that eventually, no one takes notice.

If government ministries did their job, if state and local governments functioned effectively and honestly, providing government services at the level closest to the people, there would be no need for groups to agitate or to “appeal” to the President whom we all expect to micro-manage Nigeria, ironically due to a lack of competent officials surrounding him.

Niger Delta youths in a statement asked the Federal Government to establish “oil and gas colonies” (a submission just as meaningless as a “cattle colony” as neither means anything precise in the English language). Government must provide the enabling environment and infrastructure for all businesses to thrive across the country but that doesn’t preclude solving urgent crises using modern, targeted means. Why have we waited till 2018 to encourage cattle ranching in the first place?

Why can’t we pass a workable Petroleum Industry Bill, PIB, knowing how many jobs it will create? The issues delaying development in Nigeria are known to all of us but too few of us have the moral courage to act outside of the predetermined political script.

One should recall Senator Misau recently alleged that the Inspector General of Police, IGP, Ibrahim Idris, once paid N2.5 million to the Police Service Commission to secure a promotion for himself. He also accused the IGP of fraud and sexual misconduct involving a police woman.

These are the routine allegations which plague public office in Nigeria. The idea of abuse of office, corruption, etc… is only news in the sense that Nigerians now enjoy the gossip on social media which is viewed in terms of “who will be accused today?” rather than the expectation that justice should be served if the accusations are proven true.

The IGP countered by alleging that the senator was not qualified to occupy his current post because he never properly retired from the Police force from which he “absconded”. Senator Misau, during a session on the Senate floor said, speaking of the new DG of the NIA: “He’s not qualified. This is the person that failed two exams. He failed, he is close to people taking decisions, he was appointed.”

Allegations of nepotism, sectional favouritism and outright corruption have trailed this administration without any competent attempt to explain actions which didn’t lead to further controversy and ridicule. To be clear, the Jonathan years were no better, the jubilation witnessed amongst PDP supporters is not just ridiculous, it is tragic.

Only a fool rejoices when his or her country fails, more so because, when given the chance, the PDP did not prove much better at governance. Let us not forget that, even as we demand accountability and performance from this administration.

However, constant, unresolved allegations and counter-allegations confuse Nigerians and distract them, turning us into mindless supporters of one camp or the other. Nigerians trust next to no one in office and rarely believe that anyone truly means well for the country because those who criticise government or make allegations, also have skeletons in their closet which politicises their assertions and distracts from the message.

As for the “suicide bomber from Yola” (this is how prominent members of the “cabal” allegedly refer to Mrs. Buhari, due to her penchant for opposing them), one can only wonder what her objectives are.

By reposting the Senators’ comments and, therefore, granting them further reach (and insinuating that she endorses what they have said) is she perhaps sending yet another signal to Nigerians that her husband’s government has truly been taken over by a cabal as she earlier expressed? But why would a man of Buhari’s nature (unless of course his much advertised strength of character and moral rectitude were media creations) allow himself to be held hostage by any cabal?

Why has he allowed some of his close advisers to run amuck and take actions which are clearly detrimental to the country and so obviously opposed to his mandate?

I never thought I would have to make a comparison between Buhari and the “cluelessness” so often attributed to Jonathan: both appear complicit, by their inaction, of all which their appointees stand accused of.

All round lack of sincerity

IT is not just the parties that need to change but the entire system. Allegations that a National Directorate of Employment, NDE, scheme in Bayelsa has been taken over by Governor Dickson and senators such as Ben-Murray Bruce, contradict the Senate’s holier than thou stance on many issues they also find themselves accused of perpetuating.

One cannot, on one hand, find fault with the alleged nepotism in President Buhari’s government and ironically also find oneself accused of favouritism. Nigerians, your only power is your vote: do not allow yourself to be tricked by those who do not mean well for you.

Tabia Princewill is a strategic communications consultant and public policy analyst. She is also the co-host and executive producer of a talk show, WALK THE TALK which airs on Channels TV.