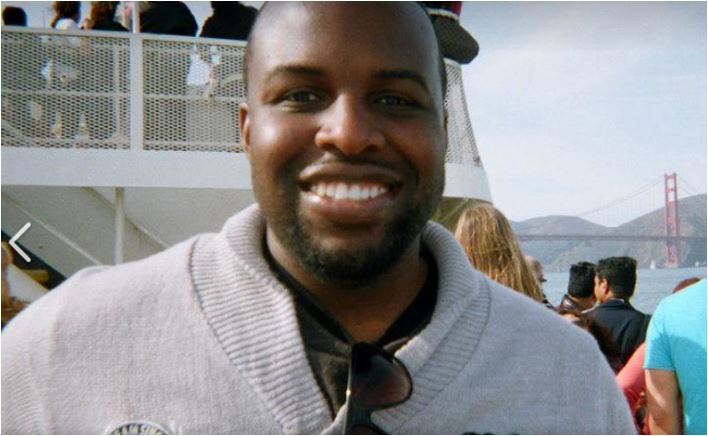 Okobi died after an altercation with sheriffs in which at least one officer deployed a taser during arrest.

Original Post, Friday, Oct. 5: An African-American man who died this week after a San Mateo County sheriff’s deputy used an electric stun gun to subdue him was not armed, according to San Mateo County’s top prosecutor.

Authorities say 36-year-old Chinedu Valentine Okobi of Redwood City was dodging in and out of traffic on El Camino Real in Millbrae on Wednesday afternoon when five sheriff’s deputies tried to arrest him.

When one of the deputies got out of his vehicle, Okobi “immediately assaulted” him, according to the San Mateo County Sheriff’s Office release.

“They were attempting to get control of him as he resisted, and during the course of that a Taser was discharged,” said District Attorney Steve Wagstaffe. “At this point we’re still investigating how many times.”

The district attorney’s office is trying to find out if any of the other four officers involved in Okobi’s arrest also used a Taser.

Wagstaffe emphasized that Okobi was unarmed.

“We have no information, no belief in anything of there being any weapon on his part,” he said.

After Okobi was arrested, he stopped breathing, Wagstaffe said. He was treated by paramedics and rushed to Mills Peninsula Medical Center, where he was later pronounced dead.

The deputy who was allegedly assaulted by Okobi was later transported to the hospital and treated for injuries.

San Mateo County sheriff’s officers do not wear body cameras. But Wagstaffe said his office has obtained footage from cameras mounted on the vehicle dashboards of responding deputies, along with numerous cellphone videos shot by witnesses, who have also been interviewed.

Okobi’s Facebook page demonstrates a love for spoken word poetry and includes a link to an album he recently posted on ReverbNation.com described as Christian gospel music.

His artist biography on the site describes him as a “Bay Area native, born to Nigerian parents who became naturalized American citizens.”

The site says he has been writing creatively since age 7 and started recording music at 17. His first album was called “Peace, Love, and Poetry.”

An autopsy of Okobi’s body was expected to be completed Friday, but the findings won’t be released to the public until the district attorney issues a final report, according to Wagstaffe.

At issue is whether the deputy’s use of a Taser stun gun played a role in Okobi’s death.

If it did, Wagstaffe said, Okobi’s death would be considered a homicide. The next step would be to determine whether officers were justified in their actions.

Wagstaffe was still waiting on Friday for the officers’ attorneys to allow them to be interviewed, but said he was confident he could reach a decision on whether they acted lawfully within 10 weeks.

The sheriff’s office declined to comment on the status of the employees involved, but detective Rosemerry Blankswade said the agency planned to release the five names by the end of the week.