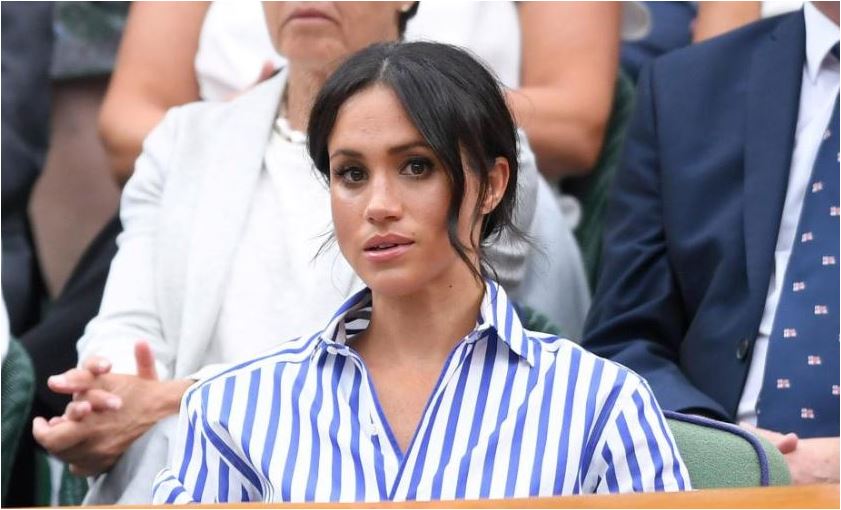 The Duchess of Sussex, 37, is said to be struggling to know which pre-Harry relationships are reliable, and she’s quickly losing touch with a number of friends.

A source told People: “Meghan has lost touch with some of her close friends from before the wedding, which has been tough. She’s finding it hard to know who to trust.”

The former Suits star is said to have cut down her group of friends to just a key few individuals who she deems are trustworthy.

The move has been made to reduce the chance of friends and family blabbing about her with inside scoops.

Those who have made the select circle of trust include stylist best friend Jessica Mulroney and make-up artist Daniel Martin.

Daniel told People: “There’s a small group of us that check in with her and see how she’s doing, but she’s still the same person.”

According to Vanity Fair’s Katie Nicholl, Prince Harry and Meghan Markle even issued their own rule to their friends to determine who they can depend on.

Citing a source, Katie said: “They both expect a code of silence. If you talk to the press you’re out.”

And it’s not just friends they are having to keep an eye on.

The new royal’s family has continually hit headlines in an ongoing saga after dad Thomas Markle pulled out of her wedding to Prince Harry after it was revealed he had staged photographs with the paparazzi.

The source told People: “It was very wearing on her. It’s her private life. The beginning of marriages are not that easy, but to have that impetus of your own family being disloyal is horrible and embarrassing.”

She accused the Duchess of Sussex of “fake waves and smiles” after it was revealed Meghan hadn’t spoken to their father in months.

Taking to Twitter, American Samantha wrote: “I am not candy coating anything anymore! The DUCHASS should be humane to our father who has given her everything,.. and this media crap can stop!

“He was the one who was always there for her. Fake waves and smiles can stop. The duchASS can bow to the daddy.”

According to sources, the Duchess of Sussex is in a bit of a tight bind as she cannot risk talking to her 74-year-old dad amid fears he will leak their conversation.

Thomas Markle does have a track record of speaking to the press about his and Meghan’s relationship.

Claiming his daughter has “cut him off”, Thomas has made a slew of hurtful comments, including likening the royal family to Scientologists because of their “cult-like” behaviour and claiming Harry’s late mother, Princess Diana, would have “loathed” the way he was being treated.

Meghan has already had one childhood friend betray her trust, after former pal Ninaki Priddy, who was maid of honour for her first wedding to Trevor Engelson, called her “calculating”.

Designer Ninaki and Meghan were “like sisters” from the age of two, but fell out when the Suits star moved to Toronto and split with her hubby.

She claimed: “All I can say now is that I think Meghan was calculated, very calculated, in the way she handled people and relationships.

“Once she decides you’re not part of her life, she can be very cold. It’s this shutdown mechanism she has.”

Thankfully she is forming bonds in the royal family and taking life as a duchess in her stride.

A source close to the royals told Vanity Fair that Prince Charles has “a real soft spot for her and thinks she’s the best thing to have happened to Harry”.

They added that Prince Charles is “closer than ever” to Harry, and is forming a “lovely relationship with the duchess.”

And from their meaningful birthday gifts to their shared public appearances, it’s safe to say the Queen and Meghan Markle have developed a very special relationship in the past few months.

Her Majesty is said to see Meghan as a “positive” addition to the Royal Family as she plans to “modernise” the monarchy.