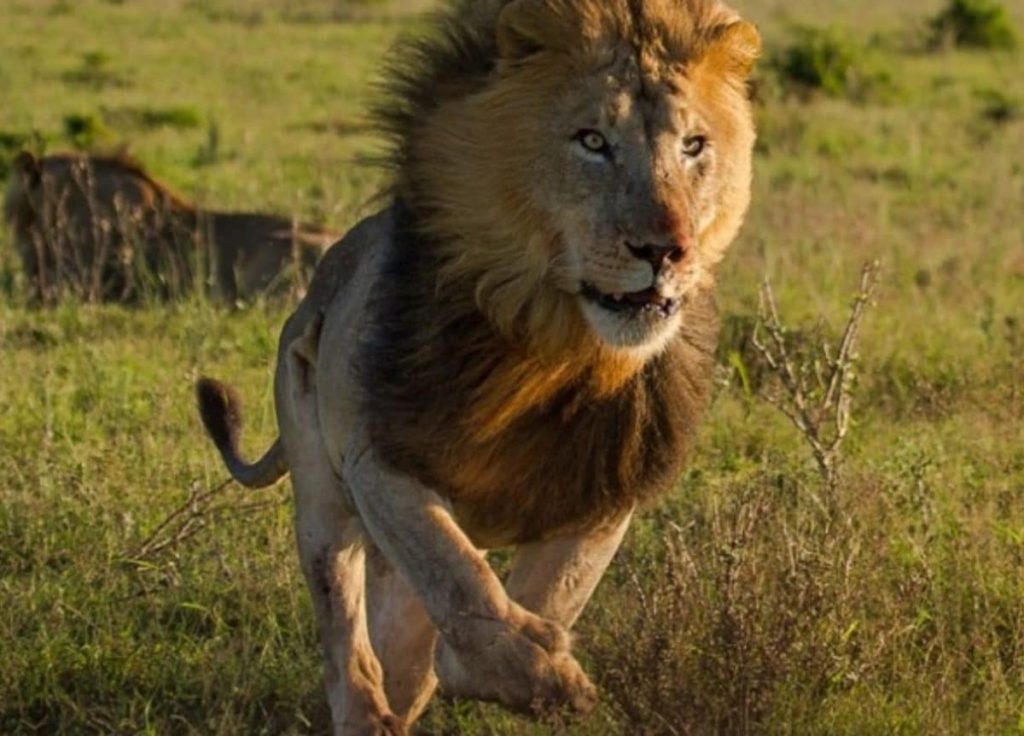 The Lagos State Task Force says it has moved a lion found at a private home around Victoria Island to a zoo in Omu Resorts, Lekki.

Investigations revealed that the lion was brought in from Cameroun by an Indian national two years ago.

The Chairman of the agency, CSP Olayinka Egbeyemi, said in a statement on Monday, that the exercise was carried out in conjunction with officials of the Lagos State Ministry of Agriculture and medical personnel from Faculty of Veterinary Medicine, University of Ibadan.

Egbeyemi said that Dr Ogunmo Bamidele, who led the medical team from the University of Ibadan, had to tranquilize the lion thrice before evacuation.

He said that the agency responded to a petition from residents on the use of the lion as maiguard.

”Immediately I got the petition, I deployed my officers to the house at No. 229, Muri-Okunola Street, Victoria Island, Lagos, where they kept a close watch for more than 72 hours before the lion was finally removed today,” he said.

He assured residents that the owner of the lion would face the full wrath of the law, while warning residents to abstain from harbouring wild animals that endanger the lives of others.

”In as much as we appreciate residents around Victoria Island for their quick action, we urge every member of the public to be observant in their immediate environment.