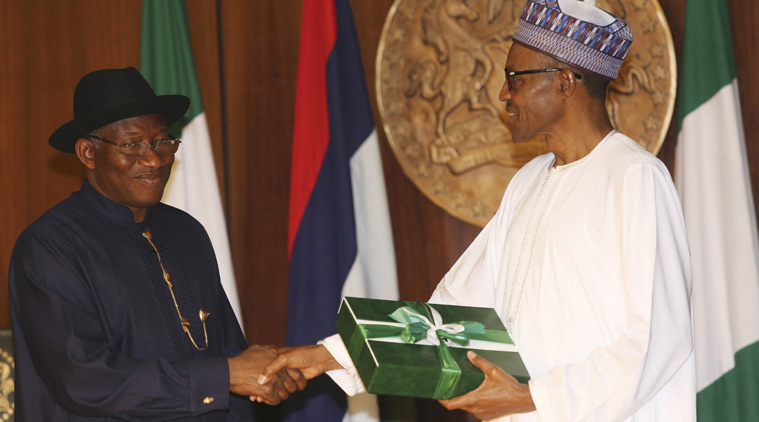 As the countdown to the December 9 elective national convention of the Peoples Democratic Party (PDP) begin, Nigeria’s immediate past President, Dr. Goodluck Jonathan, Thursday took the Muhammadu Buhari-led administration to the cleaners, saying the All Progressives Congress (APC) government is being run on lies and propaganda.

chairmanship aspirants in his office, Professor Tunde Adeniran and members of his campaign team, Jonathan said the solidarity being shown to the party even though it lost election at the centre in 2015 is a pointer that “There is something in the PDP.

While pledging to speak up some day on the giant strides recorded by the party in the course of its 16-year stewardship, the former President took a veiled dig at a serving Minister who he said, once stated that all it took a serious government to fix the power challenge was six months.

“The PDP administration for 16 years did well and will continue to do well but this administration has done nothing,” he said, adding that “They deployed propaganda and lies at a professional level.

“In the power sector, we did well to revive it. A State governor attacked our government, saying that any serious government should be able to fix the power challenge within six months. Today, APC has been in power for how many years now? Fortunately the then governor is in the APC Government as a Minister,” he said, fighting a bout of laughter.

Extolling the qualities of Professor Adeniran, Jonathan reminded PDP faithful not to forget that for the party to stand a chance to oust the APC in 2019, “We need a competent, reliable and a courageous national chairman ‎who would then lead the party to victory come 2019.”