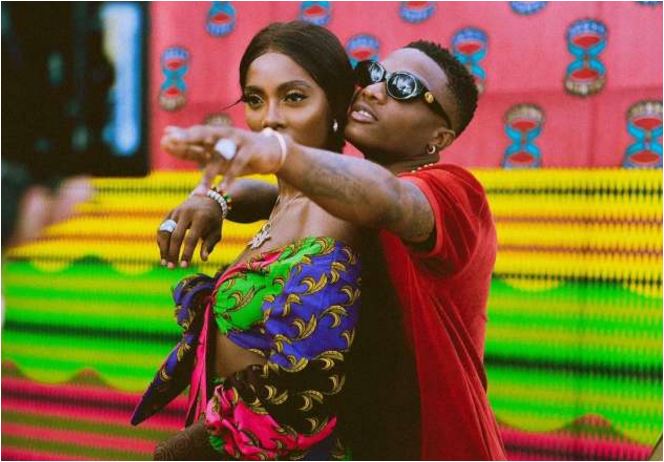 There’s a something about publicity; sometimes it’s meant to be enjoyed. Most times, especially in this age of internet and viral trends, us the fans are not going to like the subject around these trends/publicity, but we unknowingly push them.

We are the most important cogs in the PR machine and this time, we have pushed the Wizkid machinery to unprecedented heights, probably as Wizkid and his team anticipated — kudos to them.

Over the past few days, Nigerian social media chatter has been awash with divided opinions upon Wizkid dropping the music video for the single, ‘Fever’. That video has also heightened the “Everything Stew” trend to insane heights

Tiwa Savage was Wizkid’s love interest in the video, vibing with Starboy and their ‘relationship’ somehow rubs Nigerians some way and keeps them talking.

You beat your own record, that’s why I f@ck with you Lion 🦁 #fever video link in @wizkidayo bio 🔥🌶🌶

Whether it’s the age difference or that she is a single mum or that people feel she should do better, nobody knows. The topic has been controversial since the turn of the year.

It came to a head around the Headies in May 2018 with Tiwa calling Wizkid her, “best friend” during her ‘Best Collabo‘ acceptance speech for the single, ‘Ma Lo‘ opposite Wizkid.

Rumour had been brewing before then that something was popping between the two due to their social media conduct and ‘romance’ in public places.

But this time, it is not about the relationship. Wizkid just intelligently let that supposed ‘relationship’ be the driver to cement the status of ‘Fever’ as a definite hit.

There’s nothing like bad publicity, it’s all about what you do with the publicity because publicity means attention.

For those that want to kill themselves on top Tiwa and Wizkid, How market 😂

For your info, they are enjoying every single moment and they stay unbothered.

Wizkid Fever Video had 1.8M in 24hours 😂 we gave them the best publicity ever 😂 just drink water and move on pic.twitter.com/4237csiNnE

Whoever adviced wizkid to do such Marketing and publicity tried. Like "fever" video will reach million views in days because everybody wants to analyze what Wizkid did to Tiwa in the video.

In this social media era, where Twitter drives millions of conversations in milliseconds, the object of that publicity or trend will definitely be visited by curious minds.

It’s the benefit of the Internet. Wizkid scored a win on this one.

How did Wizkid do it?

There was a build up. Wizkid is Nigeria’s most acclaimed pop act outside Nigeria. He had a Billboard Hot No.1 song, One Dance for over 10 weeks in the US opposite Drake and Kyla From then on, it’s been one madness after the other.

Like he did last year with ‘Manya‘ opposite he needed something to sustain him again during this run in like most acts crave .

In early 2017, either by rumour or fabrication, Nigerians got wind that Wizkid and American singer, Justine Skye had a fling or some form of relationship, but reports remain unconfirmed.

Coincidentally, it seemed Justine was going through relationship troubles at the time and was posting some cryptic social media messages and subs about a certain man who probably broke her heart.

As such, Nigerians would camp in her Twitter mentions, insinuating it was Wizkid, but both of them continued to remain silent on the topic.

It got to a head when Justine clapped back to these trolls that the person she talks about is not Wizkid.

However, the trolls still continued as Nigerians have a mind of their own. To be honest, it did look like something hush went down between the two.

Anytime the topic comes back up, it becomes a trend.

About three days before the music video for ‘Fever’ dropped, a video of Justin Skye vibing, whining and grinding to the song with her friends surfaced on social media.

Once again, it sent tongues wagging. What was Justine up to with Wizkid again? Social media talked about Wizkid and Justin Skye in relation to Fever.

The crowning moment of Wizkid’s and his team’s genius

Then BOOM! Fever dropped with Tiwa Savage – another subject of Wizkid related conversations – as his love interest a few days later. Social media conversations started and the video was pushed, almost unaided.

It was not a lapse in thought or careless living from two adults, it was the final piece of the jigsaw in the ‘Fever’ narrative. It was the kind of publicity Wizkid needed for this time.

This is the crowning moment in a well thought out, well-planned, aptly-timed and well-orchestrated publicity.

It looks like Wizkid will have a mad moment during this tail-end of the year. He has turned up the energy around him.

His peers should take a cue. In a year that has seen publicity of romance as with Davido’s reveal of soul mate, Chioma, this tops them all.

I honestly don’t think #Tiwa and #wizkid are knacking and this might just be a publicity stunt just to stay relevant.
But sha not withstanding the fever video has legit chemistry and to think tiwa accepted to become a vixen. What a life.

All that remains is a good album and no postponement. And who knows, we might end up realizing there is nothing going on between Tiwa Savage and Wizkid.