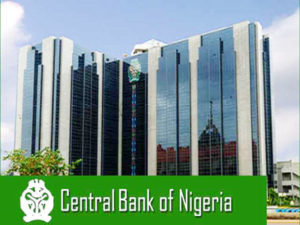 It was boosted by the Central Bank of Nigeria’s (CBN’s) unveiling of the flexible foreign exchange policy, the National Bureau of Statistics (NBS) data have shown.

However, the feat was not enough to help the economy avoid a recession. The economy entered a recession in the second quarter, after persistent low oil prices hammered vital public finances and the naira, prompting foreign investors to flee bond and equities markets.

The Debt Management Office (DMO) will be issuing N120 billion ($387 million) in local-currency denominated bonds at an auction on September 14.

The debt office said it will raise N40 billion each from debt maturing in 2021, 2026 and 2036, using the Dutch auction system. All the bonds are re-openings of previously issued debt. Nigeria has estimated it will borrow around N900 billion from the local debt market this year to fund a budget deficit projected at N2.2 trillion.

The CBN floated the naira in June to ease dollar shortages and preserve its dwindling reserves. It allowed the naira to tumble 30 per cent on the day of the float from its 16-month pegged rate of 197 per dollar.

The currency move helped Nigeria’s trade balance gain some ground to stand at minus N196.5 billion in the second quarter, the NBS said from minus N351.3 billion in the first quarter.

The naira has since lost 16 per cent since June on a lack of hard currency liquidity and as foreign investors stay on the sidelines, leaving the central bank as the main supplier of dollars.

Total trade between April and June stood at 3.94 trillion naira, up 49 percent from the three months to March. The NBS said exports were dominated by crude oil, which contributed 79.7 percent of total exports of 1.87 billion naira. Imports rose 38.1 percent in the second quarter to 2.07 billion naira.